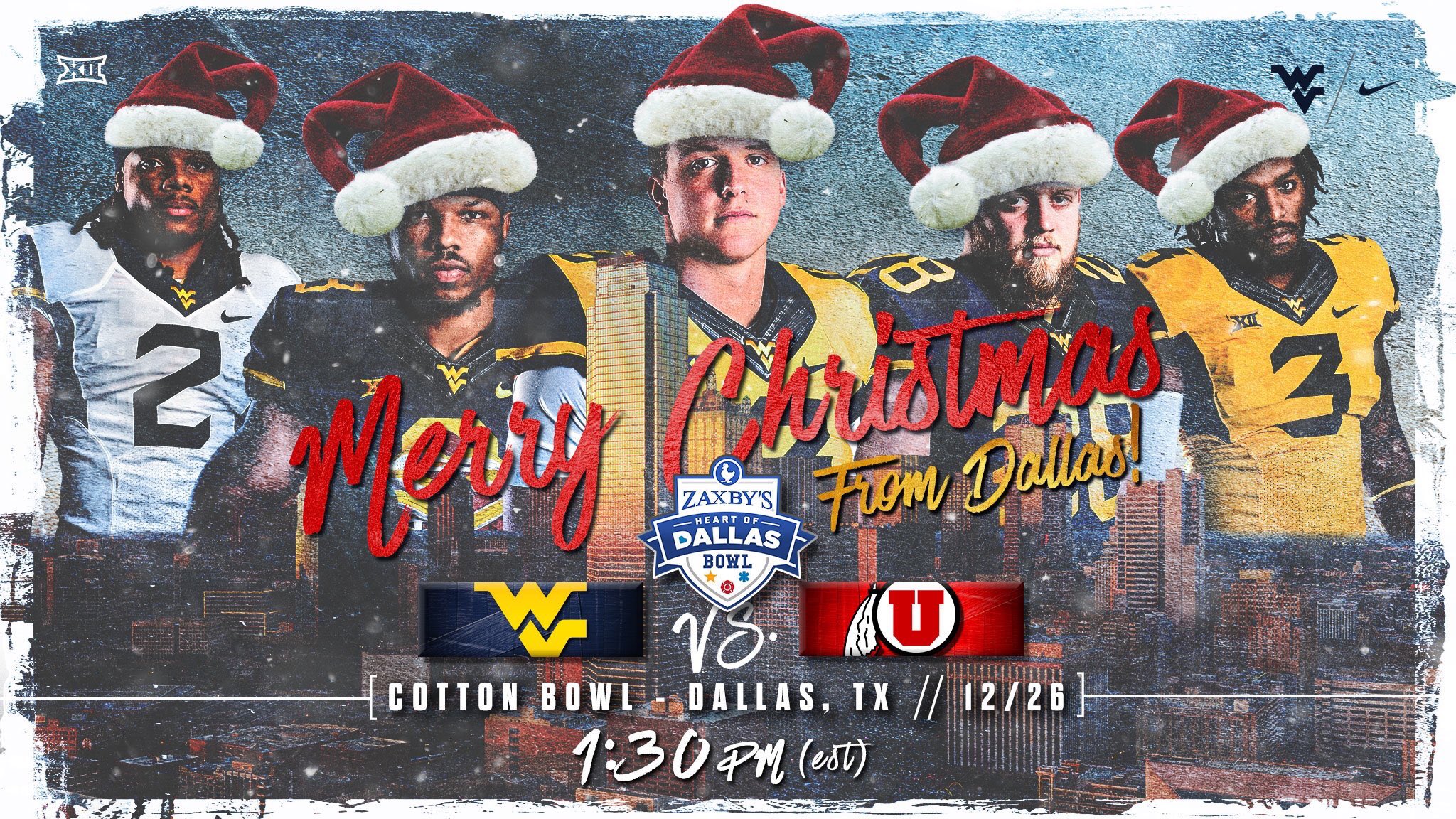 West Virginia and Utah finish their seasons on Tuesday in the Zaxby’s Heart of Dallas Bowl. Here’s how you can follow the game if you aren’t in attendance.

The Mountaineers are in a tough one as they close out the season against the Utah Utes. With three starters out on offense, quarterback Will Grier, running back Justin Crawford and top offensive lineman Kyle Bosch, it is going to be a huge challenge.