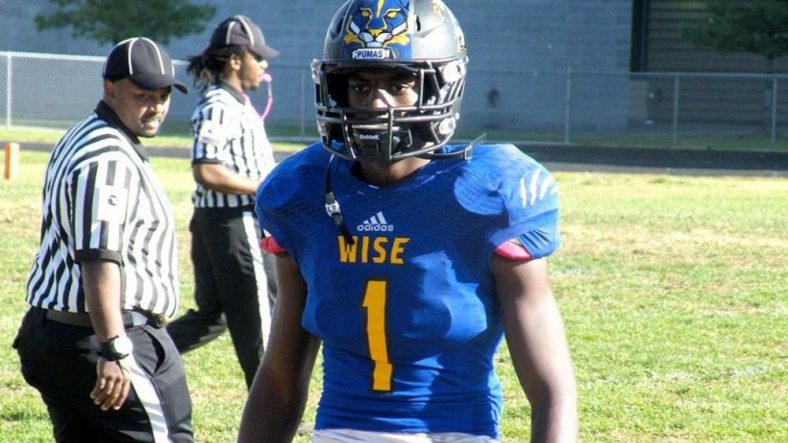 Receiver Isaiah Hazel, WVU’s top-rated recruit in the 2019 class, announced Wednesday that he has flipped from West Virginia to Maryland.

There are rumors that the offer was actually pulled by West Virginia. Regardless, Hazel is no longer a part of the 2019 class at West Virginia.

This was expected. Hazel’s hometown is just 20 miles from the Maryland campus. When Alabama offensive coordinator Mike Locksley was named the head coach at Maryland, the interest in his home-state school was rekindled. Locksley, who happens to be a native of Washington DC, was recruiting Hazel to Alabama before the received committed to the Mountaineers.

Mike Locksley has a very strong relationship with Hazel’s high school coach, DaLawn Parrish. In fact, Parrish was at Locksley’s introductory press conference and the two have had a relationship for over 20 years.

“It’s a great day for Maryland football when we finally get a person that understands the culture and diversity of our state to lead the brand,” Parrish said to Rivals.com after the hiring of Locksley.

After flipping, Hazel even trolled West Virginia wiht a tweet of “take me home where I belong” adding a sinking emoji and a turtle. Of course a rip off of “Country Roads” which is placed after every win at Mountaineer Field.

take me home where i belong. ??

The four-star recruit was the highest rated in the Mountaineer class. That honor now goes to four-star safety Osita Smith, who also happens to be from Maryland.

The 2019 Mountaineer recruiting class is now ranked 48th in the country by Rivals and sixth in the Big 12.