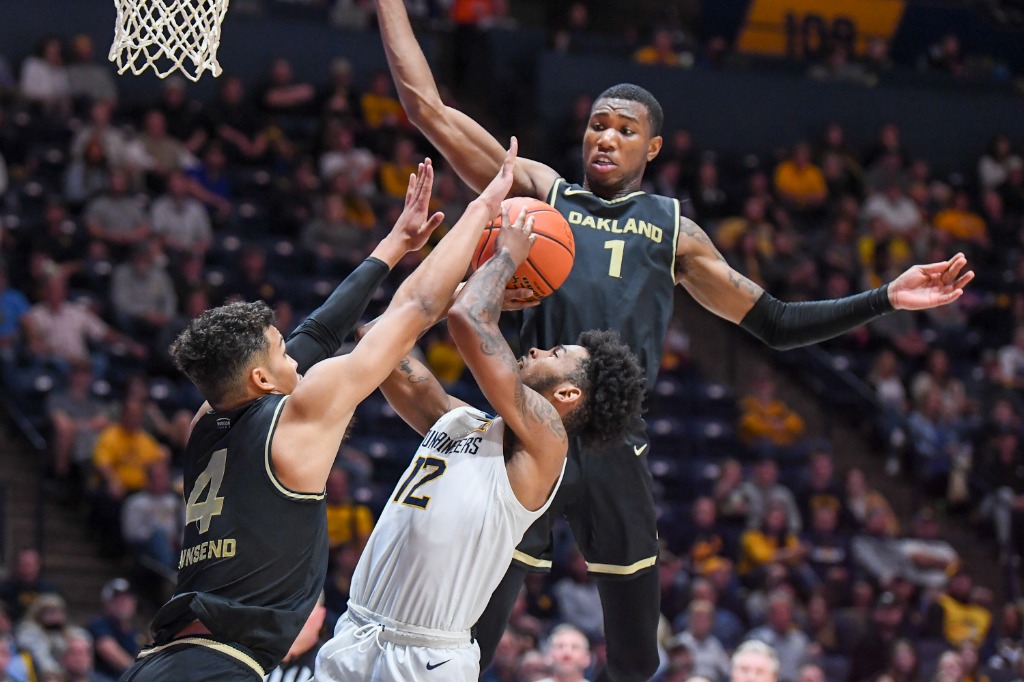 Last night wasn’t the prettiest of performances from our Mountaineers, but they were still able to find a way to win against Oakland, 60-53. For a good portion of the first half, Bob Huggins’ crew trailed the Golden Grizzlies, but ultimately grabbed a 27-23 halftime lead that they never relinquished.

Where this team struggled the most was offensively, and at the free throw line. The Gold and Blue only connected on 39.7% of their shots from the field, and shot a dismal 19% from behind the arc, connecting on 4 of 21 attempts from three-point land. The worst statistic of the night, in my opinion, came when West Virginia was given a shot at those free points.

The Mountaineers only made 10 of their 18 free throw attempts – that’s good for 55.6%. That’s not winning basketball, folks. This has been an area that West Virginia has struggled in for what seems like several seasons now. If Bob Huggins ever wants his team to legitimately compete, he has to find a way to get this problem fixed.

Despite all of the struggles against Oakland, this is not a performance that should worry any WVU fans.  Looking at the obvious, it was only game one. No team is going to be perfect coming out of the gates, and the Mountaineers certainly weren’t. Another point to address is the amount of newcomers on this team. If you’re being honest with yourself, not many of you actually recognized the names or faces of several of these players last night. With so much youth and newness injected into the program, it should be expected that it will take this team a while to gel.

Let’s also not forget to give credit to Oakland. Greg Kampe’s crew plays a defense that would give anyone in the country fits. This wasn’t only mentioned several times throughout the broadcast, but anyone with eyes could see it out on the court. West Virginia wasn’t the most successful attacking the Golden Grizzlies defense.

Things will take a while to really get going for West Virginia. With Bob Huggins at the helm, it’s not hard to have faith that by the end of this season, he will have his team where he wants them to be. Last night’s struggle means absolutely nothing in the long run.

WVU remains at home this Friday for a Backyard Brawl matchup against the Pitt Panthers. The game tips-off at 8:30, and will be televised on ESPNU.