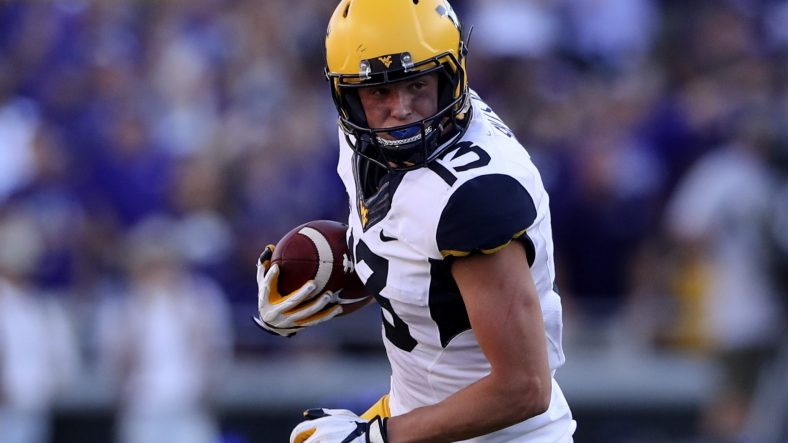 No one could have imagined the transition from quarterback to receiver going this well for David Sills. He leads the nation in receiving touchdowns with 9. He’s no slouch in the yardage department either. Sills ranks 15th in the country with 102.4 receiving yards per game.

Sills has been near the top of the leaderboard for receiving touchdowns for the entire season. Against TCU he was able to haul two spectacular touchdown grabs. The first one was a 64-yard touchdown where he made an incredible move on TCU safety Nick Orr. The second one was a very high degree of difficulty fingertip catch that tied the game up at 24.

Here is his first touchdown catch where he makes an incredible move and takes it the distance.

Here is the fingertip catch in the back of the end zone to tie it up.

The Mountaineer receiver was passed on when it comes to the All-Big 12 preseason selections. If he keeps a pace anywhere near where he has set so far this season he will certainly get the All-Big 12 team selection when it matters more, at the end of the season. If he keeps piling up touchdowns and yards he will even be in contention for the Biletnikoff Award.

Here is the leaderboard for receiving touchdowns in the FBS: