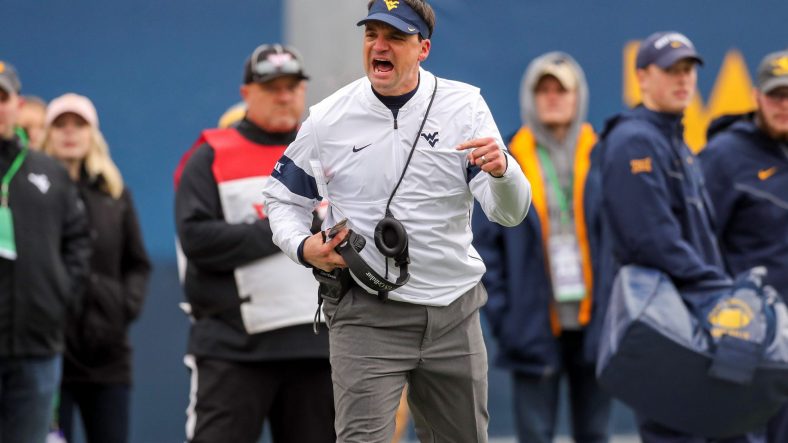 MORGANTOWN, WV–Even though Neal Brown will be remaining the head football coach for the 2023 season, there still are some serious questions about the future of the program.

With new Athletic Director, Wren Baker at the helm (with reportedly a six year contract) there could be some hidden situations ahead with Brown and Baker. Hopefully Brown will be able to keep his recruiting class intact now, but that doesn’t stop the competition from attempting to sway the players to the transfer portal.

No doubt other schools will bring up the fact that Brown may not be around for the 2024 season especially if he doesn’t have a winning season. On the other hand, if Brown has an eight win or better season, he may be tempted to leave for safer/greener pastures knowing that Baker may have other plans in mind. Before Brown came to West Virginia other schools were interested in him. In 2019, most of the media and sports pundits considered Neal Brown to be one of the best hires out there.

When a new AD arrives there are obviously many scenarios ahead for all athletic programs. Another one to keep an eye on is men’s basketball. Baker will have the task of replacing Hall of Fame coach Bob Huggins when he decides to retire.