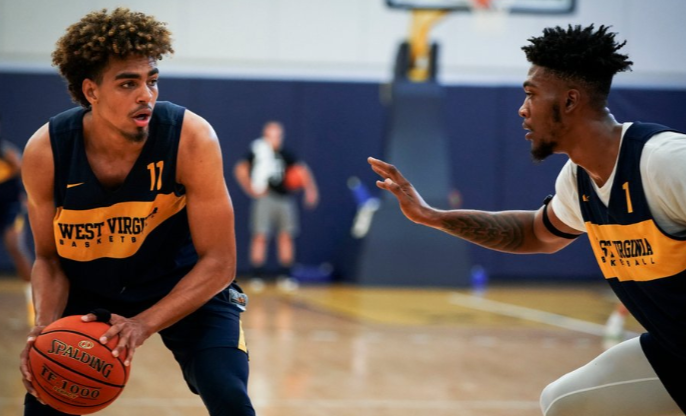 West Virginia suffered through a terrible year last season, finishing 15-21 overall and 4-14 in Big 12 conference play.  I recently predicted that Bob Huggins’ team would go from “worst to first” this season in the Big 12, but it appears that my enthusiasm about the Mountaineers has not been met with the same gusto from SBNATION.

In the first team by team prediction of the year, Mike Rutherford of SBNATION has predicted that WVU will improve on their last place finish from last season but will finish in 7th place in the Big 12 Conference this season.

According to Rutherford, “In 37 seasons as a head coach, Bob Huggins has never had back-to-back losing seasons. Don’t expect that fact to be altered by the results of season 38.

West Virginia was one of college basketball’s biggest disappointments in 2018-19, struggling through injuries, in-season dismissals, and ultimately a last-place finish in the Big 12. Sagaba Konate declaring for the draft was an expected blow, but his shoes should be adequately filled by the addition of five-star freshman big man Oscar Tshiebwe. The frontcourt also brings back Derek Culver, who nearly averaged a double-double for the Mountaineers in his freshman season. The transfer of James “Beetle” Bolden to Alabama should result in sophomore point guard Jordan McCabe stepping into a larger role.

West Virginia will be much younger than Huggins would prefer in 2019-20, but the pieces are there to take a necessary step towards getting the program back to where the head coach expects it to be.”

This, of course, is a drastic underestimation of what the Mountaineers are capable of this season.  What SBNATION failed to mention was the additions of Sean McNeil, Tajzmel “Taz” Sherman and Miles McBride, all players capable of scoring from the perimeter, where West Virginia struggled the most last season.  All three players will provide a major upgrade to the inconsistent shooting that WVU had last year.

In addition, the departures of Konate and Bolden might seem like huge losses to an outsider that doesn’t follow the program, but the reality is that neither player added much to the team last year other than disruption and their departures are really not catastrophic.  While Tshiebwe and Culver were mentioned, the combination of the two was not celebrated as potentially the best front court in the Big 12 and perhaps the nation.

Moreover, West Virginia has already started to gel as a team and the chemistry on and off the court is at an all time high, according to Bob Huggins.  Lack of chemistry was one of the other major issues that last year’s Mountaineers struggled with and that simply is not an issue this season.  If West Virginia can manage to stay healthy throughout the season, the sky’s the limit with this team.

While predicted to finish above Oklahoma, Kansas State and TCU, West Virginia should also be able to leapfrog Texas, Oklahoma State, Iowa State and Baylor as well this season.  The Big 12 Championship will come down to Kansas (because they are always there at the end), Texas Tech (last year’s runner-up in the National Championship) and West Virginia, a team hungry and poised to make a huge turnaround this season.

While West Virginia is often disrespected in national polls and preaseason rankings, this low ranking seems to show a particular lack of consideration for the roster changes and the fact that West Virginia is led by one of the most successful coaches in college basketball history.