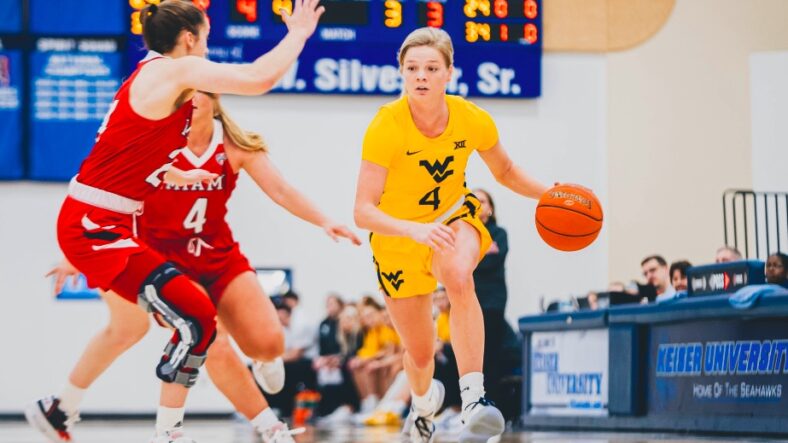 WEST PALM BEACH, FL.—-The West Virginia Mountaineer Women’s basketball team took its second game in a row at the West Palm Beach Invitational 82-51 against Miami, OH to improve to 9-2. The Mountaineers led from start to finish in Wednesday’s contest.