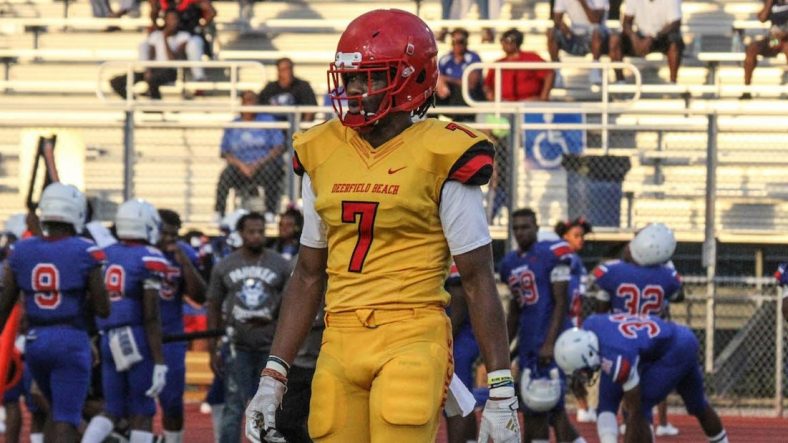 Four Star 2020 recruit Bryce Gowdy is set to make his recruiting decision on July 30th and WVU is a top interest.

Gowdy recently competed in the Rivals Five-Star Challenge where he went head-to-head with some of the top defensive recruits in his class. Adam Gorney of Rivals ranked Gowdy number five in his list of top receivers for the event, describing his route running as “really sharp” and his ability to “stretch the field to make plays or use his excellent hands with corners draped all over him on shorter routes.”

If Gowdy signs with WVU, he would become the top ranked receiver commit of the 2020 class. The other two, Devell Washington and Reese Smith, both hold three-star ratings from 247 Sports, respectively.

While Rival’s FutureCast vote has Gowdy going to Georgia Tech, it’s important to note that Gowdy visited Tech in May and subsequently WVU in June.

Perhaps we’ll see the enthusiastic “Let’s Go!” tweet from Coach Neal Brown within the next few days if Gowdy commits.

Check out highlights of Gowdy here.