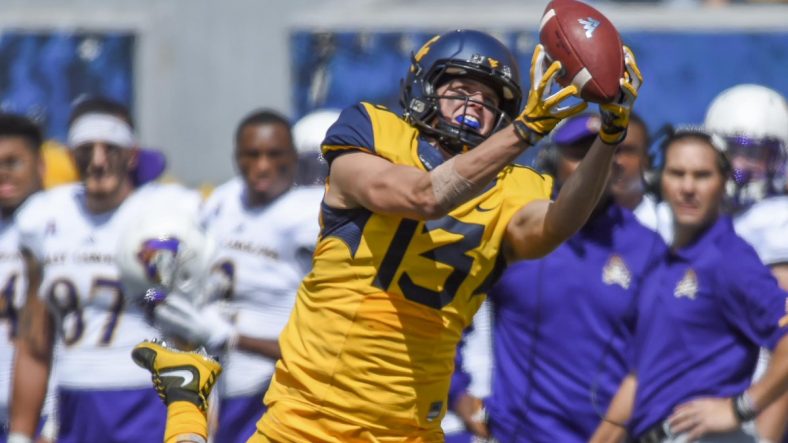 It should come as no surprise that WVU wide receiver David Sills was named a Biletnikoff Award semifinalist, the award to college football’s top receiver.

On the season Sills has 856 yards receiving on 55 receptions to go along with 18 receiving touchdowns. No November 20 there will be three finalists announced for the award.

Gary Jennings and Ka’Raun White were on the Biletnikoff Award watch list but did not move on to the semifinals.

Against Kansas State David Sills made this incredible catch which many consider the catch of the year in college football.

It’s been almost 48 hours and I still can’t believe David Sills made this catch. pic.twitter.com/65Ps411Z9P

Here are the rest of the Biletnikoff Award semifinalists:

Congrats to David Sills on an incredible season and hopefully he brings home the hardware. Two games left against Texas and Oklahoma to make a huge impression