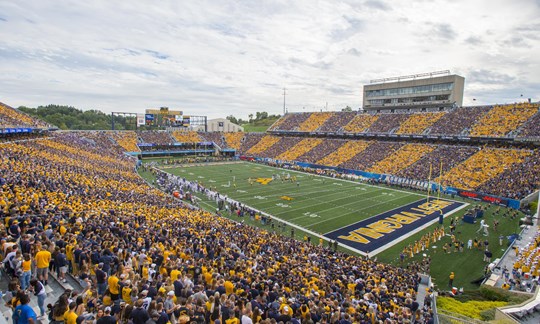 After a road win over Kansas, next up for WVU is the No. 11 ranked Texas Longhorns, led by quarterback Sam Ehlinger. The Mountaineers took down the Longhorns in Austin last year, so revenge will be on the mind of the Horns.

On Monday the kickoff time and television rights for the game were announced. The game is set to kickoff at 3:30 pm and will be televised on either ESPN or ABC.

The @Big12Conference has announced that our game against Texas on Oct. 5 will be at 3:30 ET.

The game will also feature a Stripe the Stadium promotion.

Both teams will be coming off of a win, followed by a bye week. West Virginia defeated Kansas in the road and Texas defeated Oklahoma State at home.

Its a big game, to say the least. Horns Down has swept Mountaineer Nation and the Longhorns will be looking to get payback.