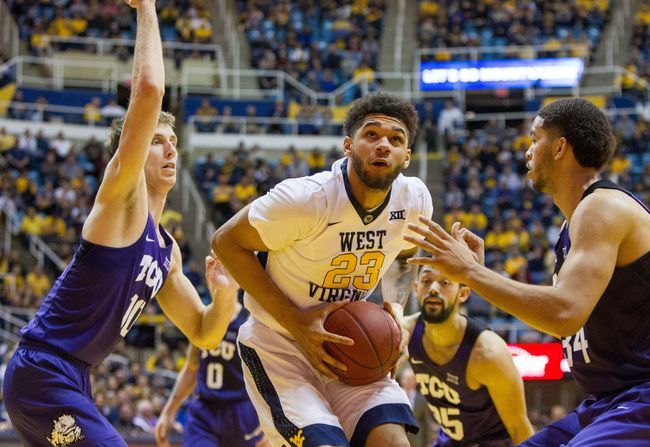 The Mountaineers take a trip to Fort Worth to take on TCU. The Big Monday 9 p.m. time slot features WVU vs TCU. Is this a must-win to stay in the Big 12 title hunt?

Currently the Kansas Jayhawks sit at the top of the Big 12 standings with a 6-1 record. The Mountaineers are right behind them at 5-2 with three more teams sitting at 4-3. It’s important to note that the Jayhawks already own a win over the Mountaineers in Morgantown, which will make a win at the Phog almost essential for the Mountaineers later in the season. Not completely required, but a loss in Lawrence would give the Jayhawks another game up on the Mountaineers and also the tiebreaker. That would be difficult to overcome. 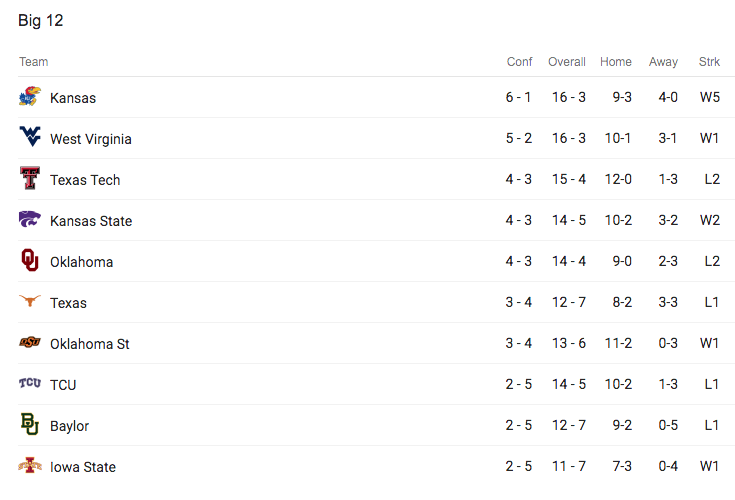 The Mountaineer road win over Kansas State is looking better by the day. The Wildcats are sitting at 4-3 in the conference. In their last two games Kansas State has defeated Oklahoma and TCU at home. Before that Kansas State lost to the Jayhawks by just one point at the Phog. It looks like Kansas State is picking up steam and could be a sleeper for an outside shot at the Big 12 title.

So let’s look at the worst possible scenario. The Mountaineers lose tonight against the Horned Frogs and Kansas takes down Oklahoma tomorrow night. That would give Kansas a two-game lead on the Mountaineers along with a win in Morgantown in their back pocket. That would be extremely difficult to overcome. Jayhawk fans already have their eyes on this scenario and are ready to raise their 14th consecutive banner up to the rafters. Granted, even with a tie they could still get #14 and this scenario would make it extremely likely.

What do you think? Vote in the poll.

It’s Game Day in Fort Worth for the Mountaineers on Big Monday. pic.twitter.com/CpD3yEynwA

TCU has lost four of five games and this is a great chance for them to get back on track. With a  loss to the Mountaineers they would fall to 2-6 in the Big 12 and will have to start worrying about their NCAA Tournament life. TCU will be desperate to defend their home court and pick up the win.