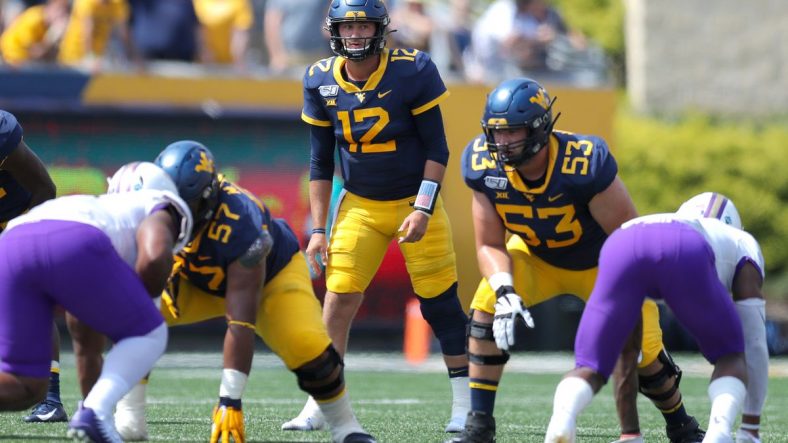 This weekend when the Mountaineers and Jayhawks collide in Lawrence, it’s not the automatic win it’s been in years past. WVU vs Kansas hasn’t been this even on the football field since West Virginia joined the Big 12.

Both teams are coming off of a game where they looked MUCH better than their previous performance. West Virginia bounced back from getting crushed on the road by Missouri with a 44-27 home win over North Carolina State. Kansas bounced back from a home loss to Coastal Carolina with their first road win in more than a decade when they blew out Boston College, 48-24.

With both of these coaches in their first year there’s going to be some inconsistencies, but this is a game where we really see what these teams are made of. If West Virginia is unable to score a win on the road against Kansas, it’s hard to imagine them winning any other game away from Morgantown.

So what changed for Kansas in their first road win over a Power 5 school in an eternity? Some would call it an act of God that made it happen. But the Jayhawks got it done with their offense. Quarterback Carter Stanley was 20 of 27 for 238 yards with three touchdown passes and one interception. The ground game was incredible with Khalil Herbert getting 187 yards on 11 carries, averaging an astounding 17.0 yards per carry.

What a run by Kansas RB Khalil Herbert to get the Jayhawks in scoring position before halftime. #RockChalk pic.twitter.com/Ogbu33sqHZ

West Virginia was also able to get a win thanks in large part to their offense. With two starters out from an offensive line that was already performing poorly, head coach Neal Brown put together a game plan that focused on getting the ball out of Austin Kendall’s hands quickly. Kendall looked much more comfortable running the offense and the ground game improved by leaps and bounds as well.

Austin Kendall going through his progression to find George Campbell for the touchdown with just 34 seconds left in the half! #HailWV pic.twitter.com/fMtyiL5pDp

More Stories on WVU vs Kansas

West Virginia opened up the game as seven point favorites over Kansas. A lot of big bets came in on the Jayhawks and the line currently sits at 4.5.

Stay tuned as we will have stories on this game all weekend long.