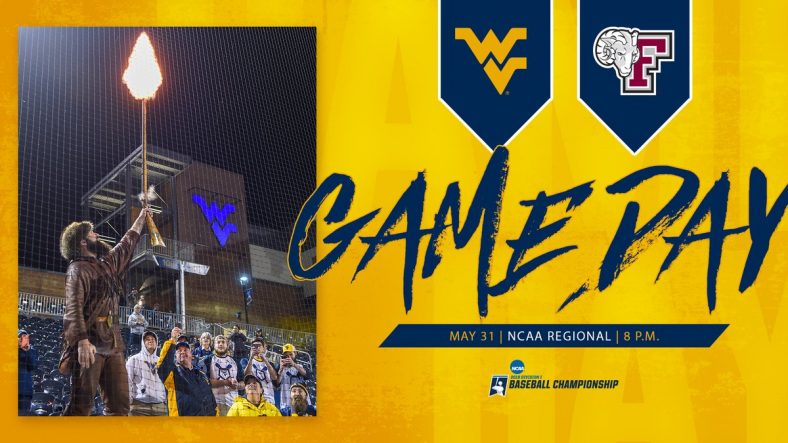 It’s a huge night for Mountaineer baseball. For the the first time since 1955, WVU hosts an NCAA Regional. West Virginia vs. Fordham at 8 p.m.

The game is sold out to everyone except students. The No. 13 Mountaineers will have junior Nick Snyder pitch the opening game. Snyder lost only one start all season.

Many may wonder why first-team All-American Alek Manoah isn’t on the hill. Well, the second game will either be an elimination game (if WVU loses the opener) or a game that could set up advancing. So it’s a standard procedure to start your best pitcher in the second game.

But as far as starting pitchers go, how great is it to have a secondary option as strong as Snyder. The 6-foot-7 starter will be ready to roll against Fordham.

Television: This game will not be televised, streaming only

Streaming: WatchESPN or the ESPN app. You will need to use your cable provider log in details in order to access. Make sure you get this taken care of before the game.

Radio: TuneIn App, WVU GameDay App or any of the following radio affiliates:

As stated earlier at Mountaineer Sports, it’s complete nonsense that this game is not televised on ESPN or ESPN2, but we will make due and use the streaming feature. If you have a Samsung Smart TV, a Roku, Fire Stick, Chromecast or Apple TV it shouldn’t be a problem. If you are not tech savvy, you might want to get that tech savvy grandson or friend over to make sure you have the ESPN app rolling going into tonight’s game.