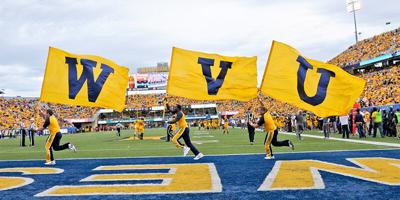 After an offseason unlike any other, our beloved Mountaineers are set to take the field. Saturday at Mountaineer Field WVU takes on Eastern Kentucky.

We are less than 24 hours away from telling the Facebook commenter who warns everyone there will not be a season that he is wrong. Does anyone know what drives a guy to get on Facebook and respond to every football article that there won’t be football? I have resisted the temptation to bang those men from our page on every piece of content we share.

Back to the issue at hand. The West Virginia Mountaineer football team is set to take on the Eastern Kentucky Colonels. How sweet it is!

Kickoff Time: Noon at Mountaineer Field, with no fans

Tune in for three in a half hours of pregame:

OFFICIAL MSN GAMEDAY COVERAGE! Announcers closest to the team, live at the scene.

The Mountaineers come in as 41.5 point favorites against the Colonels, according to our friends at FanDuel. In their season opener, the Colonels were destroyed by our buddies in the southern part of the state by a score of 59-0. So if the Mountaineers have a slow start, look for a Thundering text from one of your pals.

The Colonels finished the 2019 season 7-5 in the Ohio Valley Conference. They took on one notable opponent, Louisville, and lost by a final score of 42-0.

Neal Brown and the Mountaineers take the field for the first time since a 20-17 road win over TCU, which feels like a lifetime ago. Coach Brown has his team ready to make a big leap in their second year.

After taking over as the starter late in the 2019 season, Jarret Doege beat out Austin Kendall for the starting quarterback job.

“We went three weeks into camp, had two true scrimmages and one kind of partial scrimmage, and after that, Jarett Doege will be our starter heading into the Eastern Kentucky game,” Coach Brown said. “He won the job.”

With Eastern Kentucky having a game under their belt, that will give them a slight advantage early, but by the second quarter, the Colonels are completely overmatched by the Mountaineers. The Mountaineers get the ground game going to go with Jarret Doege leading the passing attack. The Stills brothers wreak havoc on defense and the WVU becomes the second West Virginia school in a row to crush the Colonels.