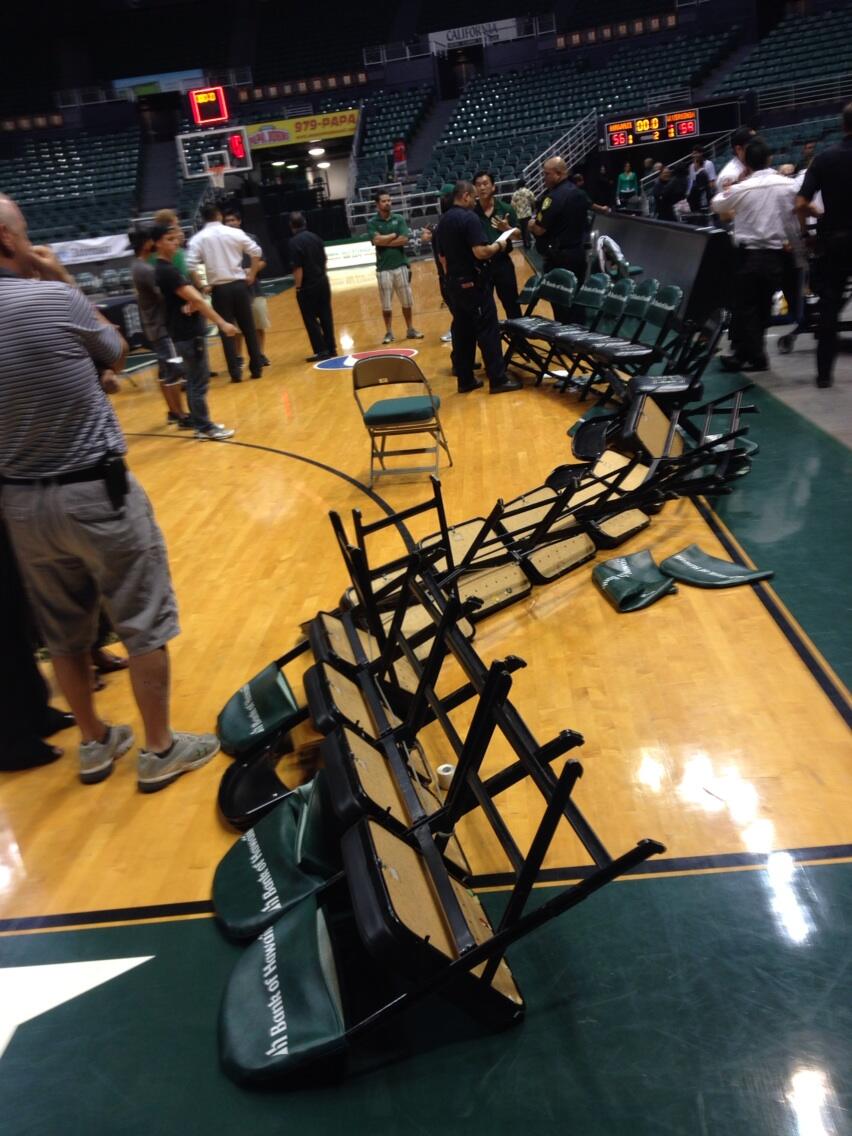 “I have spoken to the University of Hawaii Director of Athletics as well as with our women’s basketball head coach and team administrator. Our team is currently traveling back from Hawaii, and we are in the process of obtaining more facts about the unfortunate incident that took place after the game and prior to the trophy presentation. We will continue to work with the University of Hawaii officials to gather all the facts and bring the situation to a close.”
_____________________

This is just crazy. Here I thought Hawaii was supposed to be the hang loose state!
Check it out:

A scuffle following the end of WVU’s 59-56 victory over Hawaii marred the trip the Mountaineer women’s basketball team made to the islands over the weekend. Reports in the Honolulu Star Advertiser indicate a University of Hawaii fan came out of the stands to confront someone on the WVU bench. Mountaineer head coach Mike Carey told the paper the fan had been heckling the team the entire game.

“He came down from the stands trying to go after my assistant coach,” Carey told the Star Register. “That’s what happened. Then someone grabbed him and stopped him. He kept trying to go, and people fell. That’s when the commotion started.”

Carey told the paper that his wife fainted during the fracas . The paper indicated that Cheryl Carey recovered while on site and was okay.