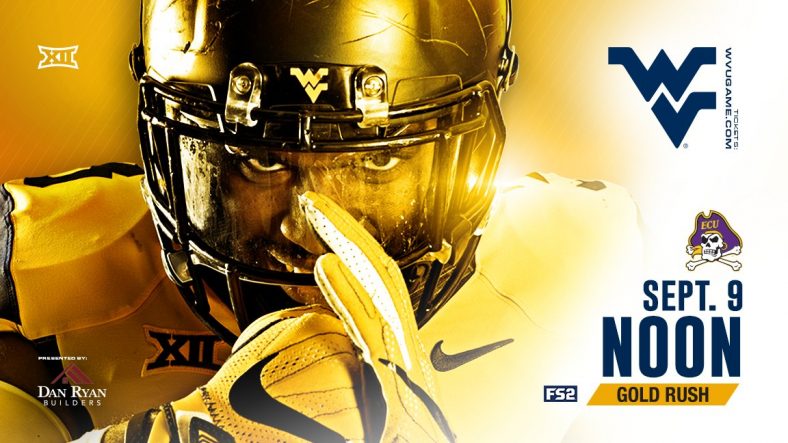 The  West Virginia Mountaineers are set to take on the East Carolina Pirates. WVU will unleash the Gold Rush uniforms, minus the gold helmets, which will be blue.

The Mountaineers took a tough loss in their first game against Virginia Tech at FedEx Field. Late in the 4th quarter, WVU had a chance to tie the game, but David Sills V was unable to haul in a low pass end the zone. This allowed the Hokies to hang on for the victory, 31-24.

Despite the loss, West Virginia was able to pile up nearly 600 yards of total offense. It was a tightly contested game where both teams played well and a rivalry was renewed.

Saturday is a great day to get back on track with a difficult Big 12 schedule on the horizon. Road contests at ranked opponents Oklahoma, Kansas State and TCU are coming up.