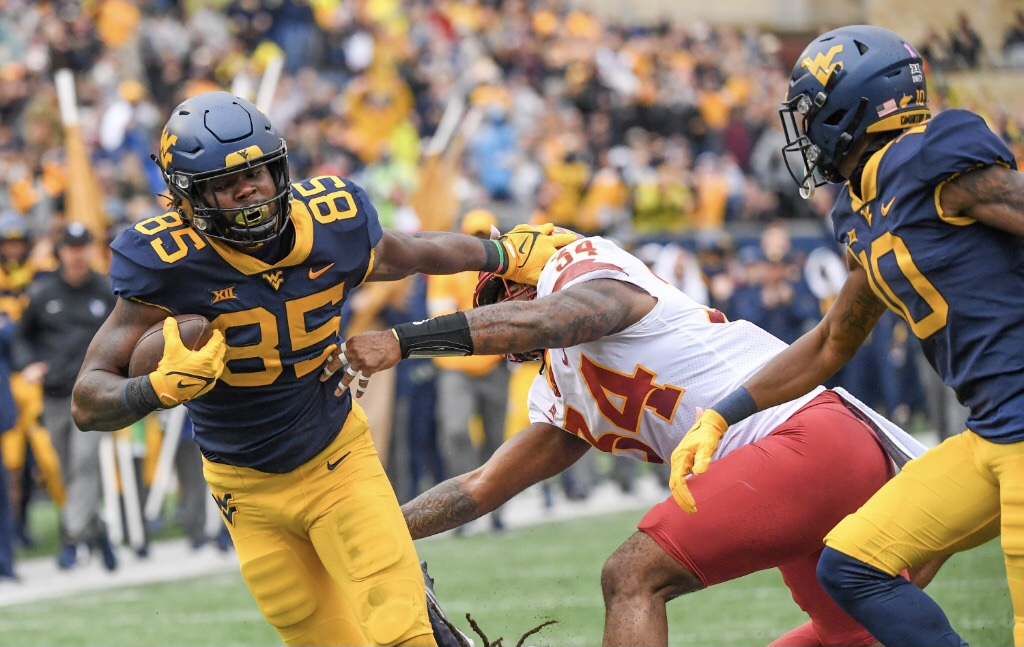 This evening, EerSports reported that WVU tight end T.J. Banks was entering the transfer portal. In four seasons with the Mountaineers (2018 redshirt), Banks caught 10 passes for 92 yards and one touchdown. Not exactly setting the world on fire, but he added depth to an already thin tight end room that is missing Mike O’Laughlin due to injury.

It didn’t take long for Banks to start to garner interest from other teams, and tonight, Banks officially announced his first offer since entering the transfer portal. Though it did not come from a Power 5 school, the offer came from a mid-major team that is in one of the most entertaining conferences in the nation – the MAC.

Thankful to say I received my first offer from the university of Akron Go zips ‼️🔵🟡 pic.twitter.com/Vrj404m1S4

According to Banks himself, the talented tight end has received his first offer from The University of Akron.

The Zips are a team that will be going through a transition in 2022. After a disappointing 2-10 campaign in 2021, the athletic department decided it was time to make a coaching change. In an extensive search that even saw the likes of Doc Holliday mentioned, Akron ultimately decided to hire Joe Moorhead.

Entering his third head coaching position (Fordham and Mississippi State previously), Moorhead will be looking for weapons like Banks to help change the culture and the fortunes of a Zips program that has been down on its luck.

Fans and Banks should expect more offers to come in and in a quick manner. Banks has not set a timetable as to when we can expect him to announce his future destination.