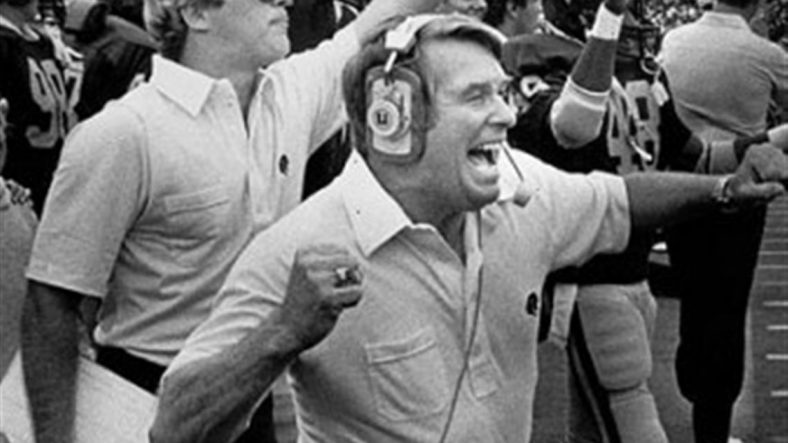 Honorable Mention:  Mike Carey, Women’s Basketball Head Coach, 2001-Current:  Carey has amassed a 371-194 record during his 17 seasons as the Head Coach of the Lady Mountaineers.  During this time, he has led his team to 14 postseasons including 10 NCAA Tournament trips.  Carey’s consistency has been outstanding, but his teams have failed to advance beyond the 2nd round of the NCAA Tournament during his career.

#10  Clarence Spears, Head Football Coach, 1921-1924:  Although Spears only coached WVU’s football team for four seasons, he was massively successful in his short time in Morgantown, finishing with a 30-6-3 (79.5 winning %) overall record, including a 25-2-2 record in his final three seasons.  Spears went on to coach Minnesota, Oregon, Wisconsin, Toledo and Maryland.  He was inducted into the College Football Hall of Fame in 1955.

#8 Steve Harrick, Baseball Head Coach and Wrestling Coach 1948-1967:  During his lifetime, Harrick coached wrestling, football and baseball, but was best known for his long, successful run as the Head Coach of the West Virginia Mountaineers from 1948-1967.  Harrick compiled an impressive 334-160 record during his twenty seasons.  In addition, he served as the wrestling mentor and had a 155-99-4 overall record and captured seven Southern Conference Championships.

#7 Rich Rodriguez, Football Head Coach, 2001-2007:  Rodriguez, although leaving WVU in an unpopular way, was hugely successful while in Morgantown.  He completed his time at WVU with a 60-26 record, including an 11-1, 11-2 and 10-2 (32-5 overall) record in his final 3 seasons.  His team’s 2005 Sugar Bowl 38-35 win against the Georgia Bulldogs is one of the biggest, most memorable wins in program history.  However, WVU’s final regular season game under Rodriguez against Pitt in 2007 was perhaps the worse loss in WVU history.

#6 Linda Burdette, Gymnastics Coach, 1975-2011: During her long and impressive career as the Gymnastics coach, Burdette compiled a 644-263-4 overall record.  During this time, she led her team to 35 winning seasons, to the NCAA Regionals 33 times, and qualified for the NCAA Nationals 3 times.  She was a five-time league coach of the year and won four Atlantic 10 championships.

#5 Don Nehlen, Football Head Coach, 1980-2000: Nehlen’s 149-93-4 record is not the most impressive record in the football program’s history, but Don Nehlen led the Mountaineers football team as close to the National Championship as any coach in WVU history.  Nehlen’s WVU team competed in the National Championship game against Notre Dame in 1988’s Fiesta Bowl.  Star Quarterback Major Harris separated his shoulder on the 3rd play of the game and played injured throughout the 34-21 loss.  If Harris was healthy, WVU would have likely won the national championship that year.

#4 Nikki Izzo-Brown, Women’s Soccer Coach, 1996-Present:  Izzo-Brown’s 325–107–49 record is one of the most impressive records in WVU sports history.  She is the only coach in the team’s history and her teams have qualified for the NCAA Tournament for the past 16 seasons.  Since joining the Big 12, WVU Women’s Soccer has won 5 straight regular season championships.

#3 Bob Huggins, Men’s Basketball Head Coach, 2007-Present:  Huggins is 270-151 since taking over as the Head Coach of his Alma Mater.  His teams have made it to postseason play 10 out of 12 years and nine NCAA Tournaments since coaching at WVU.  His success in the NCAA Tournament has been unmatched by any other coach at WVU.  He’s led the Mountaineers to 4 Sweet Sixteen and 1 Elite 8 appearances. 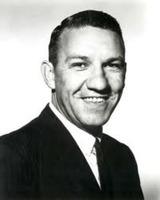 #2 Fred Schaus, Men’s Basketball Head Coach, 1954-1960:  Schaus was an All-American player for WVU in 1949 and then went on to play in the NBA for the Fort Wayne Pistons and New York Knicks.  Following his career in the NBA, he returned to WVU as the head coach.  His teams went 146-37 overall and went to the NCAA Tournament five consecutive years.  In 1959, his team, featuring the great Jerry West, lost by one point in the NCAA Finals.