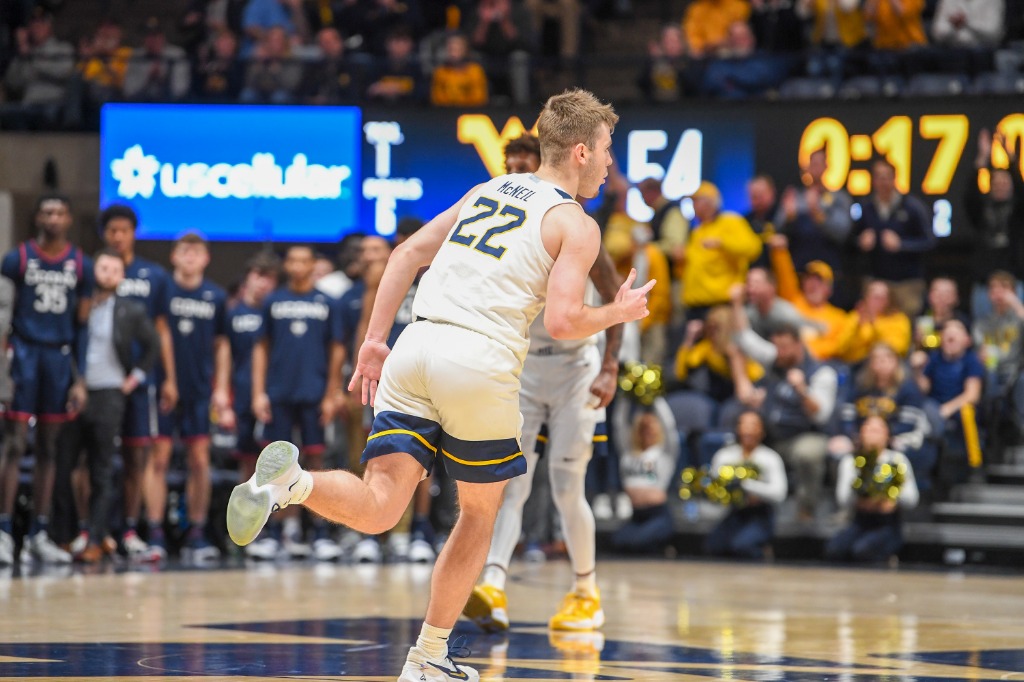 In front of a rowdy WVU Coliseum, the West Virginia Mountaineers defeated the Kent State Golden Flashes by a final score of 63-50 on Sunday evening.

Seniors Taz Sherman and Sean McNeil led the way for WVU, both hitting the double-digit mark in scoring. Sherman, who is having a career season, finished with 27 points, 5 rebounds and 3 assists while shooting 9-for-14 from the floor. McNeil tallied 19 points, 4 rebounds and 2 assists on 6-for-11 shooting. They both hit 2-of-4 shots from behind the three-point line.

Though Bob Huggins’ crew had a mostly successful evening, the Mountaineers still struggled from the free throw line. As a team, WVU connected on 13-of-24 free throw attempts, good for 54.2%.

WVU returns to action on Saturday as they travel to Birmingham, Alabama to take on UAB. Tip-off is set for 5 p.m.