WVU Student Section Was An Embarrassment Against Oklahoma State 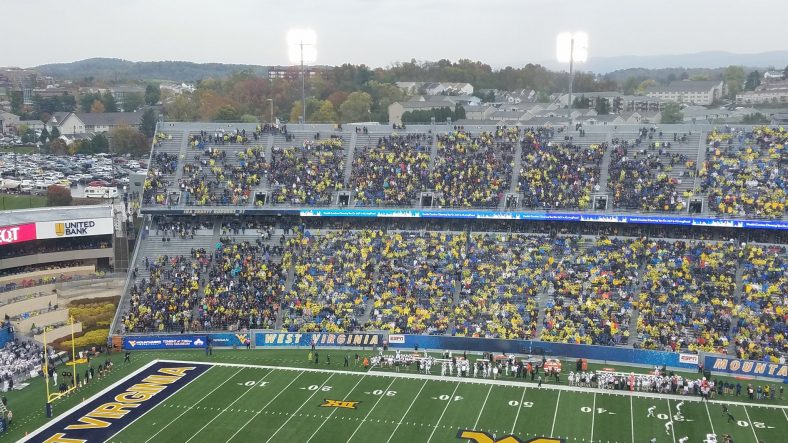 This was a photo of the WVU student section just after halftime in a game against a team ranked No. 11 in the country. Not a good look.

Here is another that was posted on a Big 12 private group on Facebook that is making the rounds on the internet. 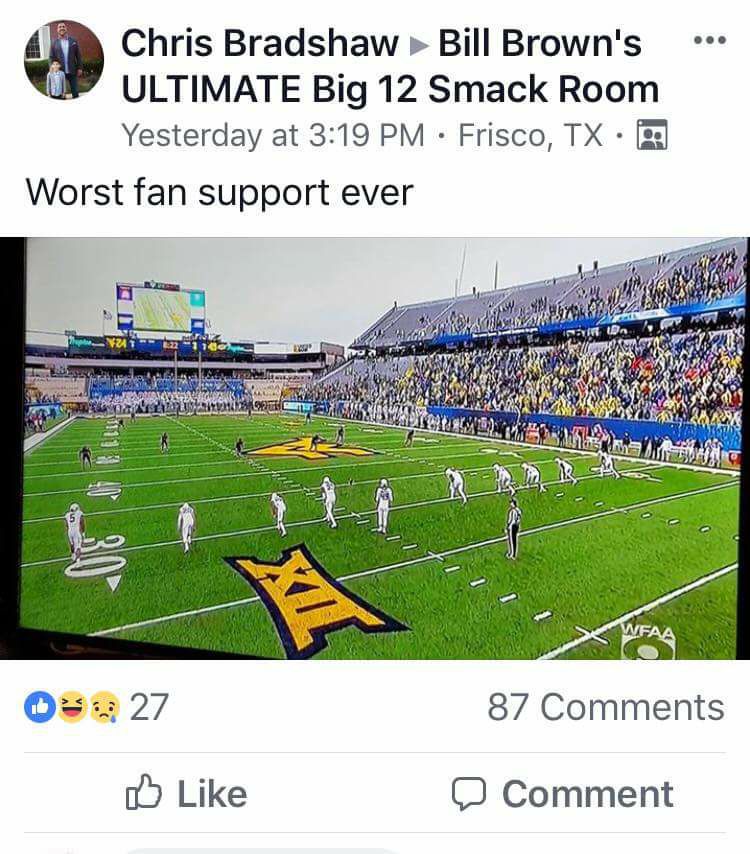 It’s difficult to tell when this photo was taken. Maybe a detective in the group can zoom in and get some detailed information. It’s hard to say who would and wouldn’t have stuck around for this game when your team is getting crushed. One thing is for sure. This is a very bad look for the university. Also, this is not an uncommon thing.

When the Mountaineers took on TCU in Ft. Worth, TCU fans were ripped for not showing up for a matchup of ranked teams. This was a close game that went down to the end. That further proves the point that students leave games.

So what is the solution? It’s very tricky. If you remove some of the student tickets from the equation and start selling them for money, then the university gets accused of only caring about money. If you do nothing and let the student section continue to be half empty, then that is no good either. Is there a way to incentivize students actually going to the game and staying for the entirety of it? It is completely ridiculous that this needs to even be considered, but when this happens repeatedly what else can you do? Absolutely.

Many people are having a laugh at the expense of the dismal showing of the WVU student section.

As the mountaineers are 'mounting' a comeback on OKST, let's get a live look at the #WVU student section: pic.twitter.com/SeJQOXDSAn

There’s not much that can be said or done outside of the students attending the game and staying in their seats. Why would you not stay until at least the fourth quarter of a football game at the college you attend against a ranked opponent? iPhone battery die? Bored? This is insane and hopefully it is addressed with a better solution than any of the weak suggestions I came up with.