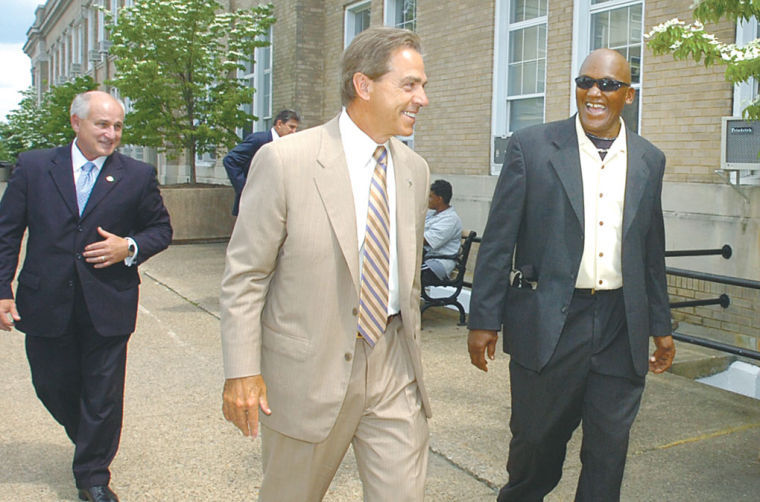 WVU Star Running Back Kerry Marbury Passes Away at 67

WVU Star Running Back Kerry Marbury Passes Away at 67

1970s WVU star running back Kerry Marbury has died at age 67. He passed away on Sunday morning as confirmed by Warren Baker at Fairmont State.

While at WVU, Marbury rushed for 1,665 yards to go with 22 rushing touchdowns along with a receiving touchdown during his two seasons. He set what was then a single-game rushing record when he had 291 yards against Temple. The record was broken in 2004 when Kay-Jay Harris gained 337 yards against East Carolina.

“I wouldn’t trade the experiences I had in Toronto and Ottawa for anything,” Marbury said.

At Monongah High School Marbury was one of the best prep football players in West Virginia history. Under Coach Earl Kenner, Marbury teamed up with Nick Saban and Tom Hulderman to lead the Monongah Lions to back-to-back state championships in 1968 and 1969.

When Marbury fell on hard times and violated probation, resulting in a short prison stint, his best friend Nick Saban was there for him. Saban and his wife Terry were waiting for him with a check when he got out of prison. Marbury went back to school and got his degree along with a master’s.

My grandfather, Earl Keener, coached Kerry Marbury and Nick Saban at Monongah High School. From the interactions with my grandfather and his colleagues it was very clear that Marbury was universally adored. At one point ESPN came to my grandfather’s house to do a segment on Nick Saban. The producers had to keep reminding my grandfather that the segment was about Saban and not Marbury. This is not to take away from the incredible bond my grandfather shared with Nick Saban, but a tribute to how he felt about Kerry Marbury.

Here is the segment that was featured on ESPN:

When Marbury was diagnosed with terminal cancer, Saban contacted him. He flew him down to a specialist in Birmingham to get a second opinion. Marbury later referenced the discussion he had with Saban about the second opinion.

“Second opinion? I haven’t paid for the first one, yet,” Marbury joked.

From there Marbury became a professor at Fairmont State University and held the position for years. He had been battling prostate cancer for over ten years.