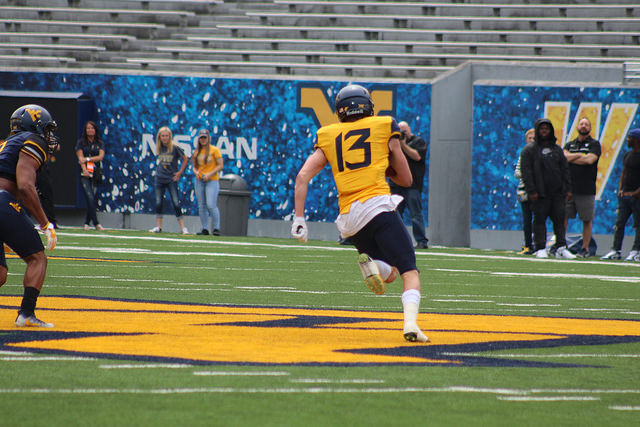 Mountaineer football is coming. The WVU spring game date has been announced along with the rest of the 2018 spring schedule.

The official date for the spring game for West Virginia is April 7. Look for quarterback Will Grier and receiver David Sills to be on full display for this.

Another key day is alumni day which goes down March 24. This is a great event where former Mountaineers come back to Morgantown to visit the campus. The events were spread out over almost a month which allows for Easter and Spring break.

Coming off of a 7-6 season, the Mountaineers have a lot of optimism thanks to many key players from that team returning.

Will Grier and David Sills. https://t.co/Lz6oklX94Z

Find yourself a man that looks at you like David Sills V looks at Will Grier pic.twitter.com/x9vhqDEvDq

Guy I LOVE for next year's Heisman race/draft class is Will Grier, would be my #3 QB if he had come out this year. Ik the protection is awesome, but he goes thru his progressions so quickly and smoothly, BEAUTIFULLY resets his feet with each progression. Hits his 4th option. Love pic.twitter.com/SmKj8fzBhc