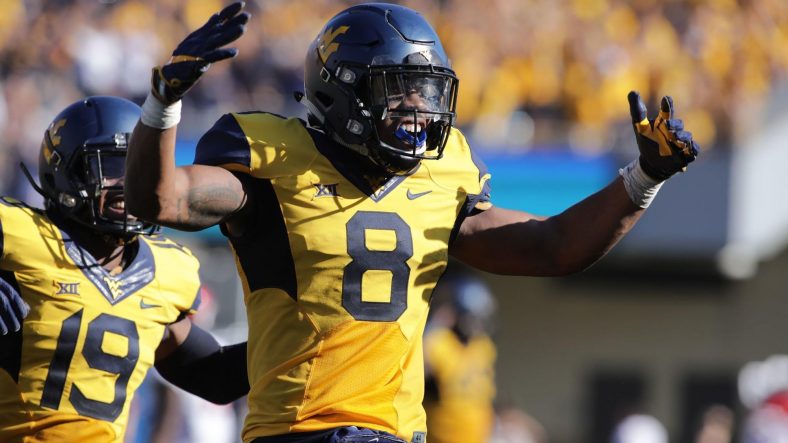 The NFL Draft is on its way and the draft analysts are ratcheting up their coverage. One particular analyst compared WVU safety Kyzir White to Seattle Seahawk and “Legion of Boom” hard-hitter Kam Chancelor.

Matt Miller of Bleacher Report released his rankings of the best safeties in the upcoming draft. He had White listed as the No. 6 safety and graded as a second rounder. His comparison to Seattle Seahawks strong safety Kam Chancellor was a very flattering comparison.

They both bring a very physical style of play to the table. With Chancellor being a four-time Pro Bowler and former Super Bowl champ, this is a very flattering comparison for White.

Kyzir White wins with competitive toughness and mental processing that allows him to fill a variety of roles. He’s a relentless hitter who relishes opportunities to bang pads and will have no trouble transitioning to NFL contact. His size and athleticism are a blessing and curse, as he has the frame and skill set to be a movable defender in the box but lacks the true speed to have a defined role in a defensive backfield. White’s physicality in all three phases is his calling card and will be the ticket to his earning an early starting role.

Scouts are worried about his speed and quickness. They fear he may have an issue catching up with NFL athletes in space. His size and hitting make him a very intriguing prospect.

The first round of the draft kicks off on Thursday, April 26. The second round, where many experts expect White to go, is Friday, April 27.