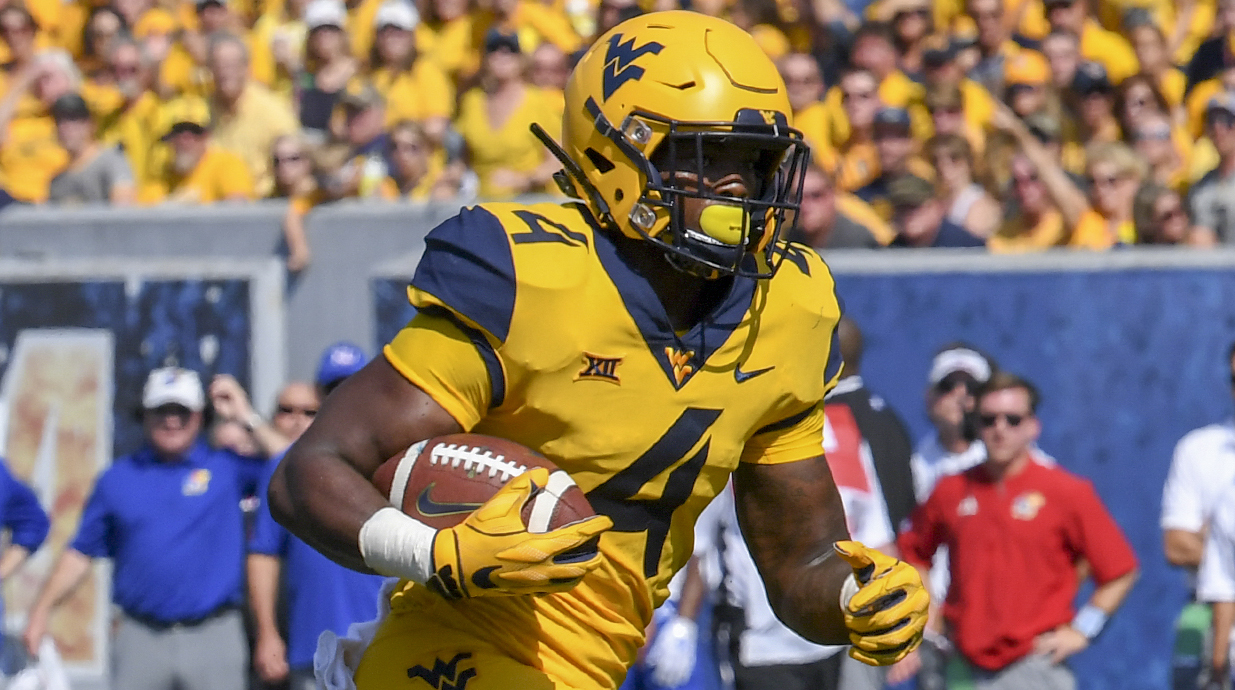 WVU: Running Back U

With Neal Brown uneasy about what his quarterbacks can contribute, structuring the offense primarily around the running game is a very viable option.

WVU: Running Back U

Kennedy McKoy.  Martell Pettaway.  Leddie Brown.  Alec Sinkfield.  West Virginia is loaded at the running back position this season.  Stacked.  There may not be a better group of running backs as WVU’s deep, talented foursome in the country.

Brown, who showed flashes of brilliance last year, rushing for 115 yards against Youngstown State and 107 yards against Kansas, finished the season as the team’s 3rd leading rusher.  Brown had 446 yards and four touchdowns last year and is so talented that he could steal carries from the two more experienced backs.

Sinkfield, the 5’9 186 pound ultra-talented back from Delray Beach, Florida, was thought to be able to challenge for the starting spot last year before an ankle sprain kept him off the field for four straight games. He finished last year with 19 carries for 68 yards last year.  If he can stay healthy, he will challenge all of the older, more experienced running backs for playing time.

With Neal Brown uneasy about what his quarterbacks can contribute, structuring the offense primarily around the running game is a very viable option.  Despite WVU’s quarterbacks being highly-touted out of high school, they have certainly not proven that they can lead a team against top competition (outside of Jarrett Doege, who may or may not be immediately eligible to play this season)  Although West Virginia’s wide receivers are talented, they are inexperienced.

Going to a run-first offense this year will accomplish two things:

1.)  It would give WVU a real chance to compete in the Big 12 with big-play, pass-happy, high-turnover teams.  West Virginia will not outscore these teams this year.  Not with the current quarterbacks and wide receivers.  Not with a brand-new offense that players are still learning.  Going to a simplified, run-first attack will limit turnovers and take advantage of West Virginia’s obvious strength, its running game.

2.)  McCoy and Pettaway are Seniors and will be gone following this season.  Brown and Sinkfield will be back.  This is a perfect time for West Virginia University to re-brand itself as “Running Back University.”  In this scenario, top running back recruits would always consider WVU because in the Mountaineers’ run-first offense the recruits would have the best opportunity to shine.  Penn State was “Linebacker U” and saw tremendous success recruiting players based on this alone.

Neal Brown stated early on when he took over as the Head Coach that he would mold his offense around his players, around the strengths of the team.  Starting Redshirt Freshman Trey Lowe and going to an offense that is centered around the running game would not only lead to a successful season this year but would also entice future running back recruits (i.e. Lamy Constant) to want to be the next great runner at “Running Back U.”

The Pat White/Kawhi Leonard Comparison
POLL: Who Will Start the Season as the WVU Starting Quarterback?