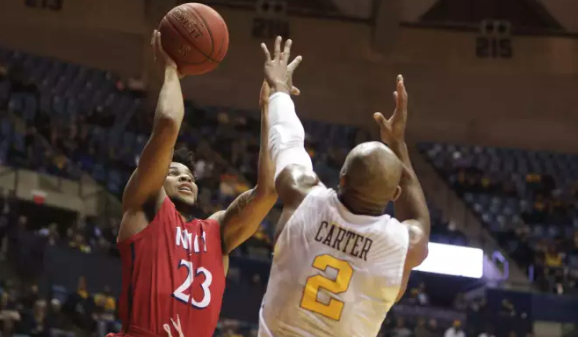 It was a big night for Jevon Carter. He had 25 points and also became the all-time leader in steals at West Virginia as WVU rolls NJIT, 102-69.

Greg Jones with the top thief in WVU history until he was passed by Carter. The milestone was surpassed with 45 seconds to go in the first half. Carter had five steals in the game.

Coach Bob Huggins was not happy with the way the Mountaineers played.

“I’ve got two experienced players that I can kind of communicate with (Carter and Daxter Miles Jr.) and the other guys I have a hard time getting them on the right side of the floor, much less knowing what they’re supposed to do,” he said.

The Mountaineers had three other players reach double figures: Lamont West with 13, James Bolden with 12 and Wesley Harris with 11.

“I’m about to that point with a couple of those guys. We’ve got to get back and that just doesn’t fall on one guy, but there is one guy whose only responsibility is to get back. The other three guys are supposed to be rebounding and the other guy is like a half-rebounder,” Huggins said.

Up next No. 18 Virginia will be visiting the Coliseum. The game is on Tuesday so there is plenty of time for Bob Huggins and the Mountaineers to work out the kinks.