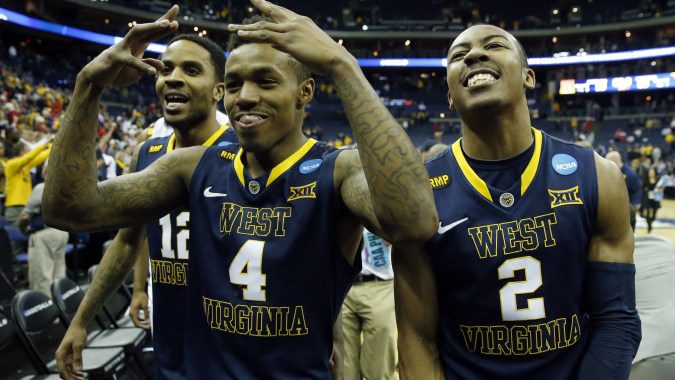 WVU Rocks The Grey Uniforms For The First Time Since 2007

WVU Rocks The Grey Uniforms For The First Time Since 2007

It’s a big game tonight when the Virginia Cavaliers visit the Coliseum. In response WVU rocks the grey uniforms for the first time in a decade.

According to Mike Casazza of 247 Sports, this is the first time the Mountaineers have worn the grey uniforms since 2007. A decade ago as stated earlier it was the first year Bob Huggins was at the helm of the Mountaineer basketball program.

Tonight’s wardrobe … making a return for the first time since 2007. #HailWV pic.twitter.com/WCoK0lmpGO

Since losing the season opener, the Mountaineers are on a seven game winning streak. The No. 18 Mountaineers have a 7-1 record after losing to Texas A&M at Ramstein Air Base in Germany.

The game is set to tip off at 7 p.m. at the Coliseum. The game will be televised on ESPNU.