WVU Recruit Set to Make Commitment Announcement From WHERE!? 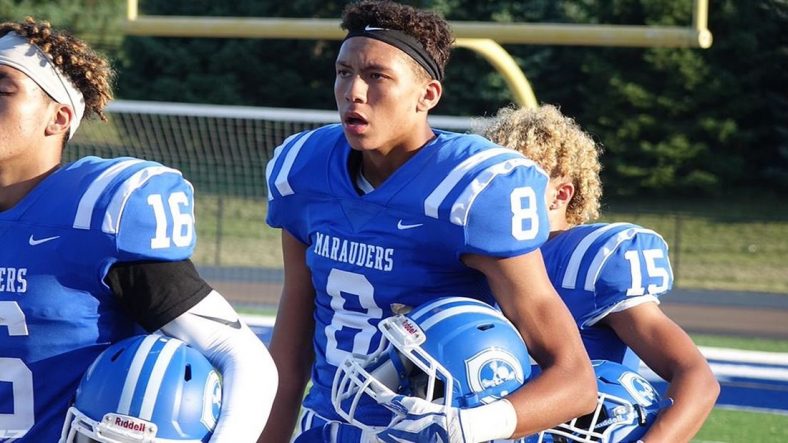 Michigan three-star wide receiver wide receiver Ian Stewart is nothing if not creative. The WVU recruit is set to make his announcement from his high school prom!

Commitment tonight at my prom

Stewart has received offers from Kentucky, Michigan State, Michigan, Purdue, West Virginia and others. It looks very likely that he will be committing in-state to either Michigan State or Michigan, but Coach Neal Brown and staff have not yet given up on the talented receiver.

According to 247Sports, Stewart is the 509th ranked recruit in the country and the No. 15 recruit in the state of Michigan. Rivals has him rated as a four-star recruit. The talented receiver stands 6-foot-3 and is 200 pounds. When it’s all said and done he could be a much higher-rated recruit than he is currently.

Coach Neal Brown is working to expand the areas that West Virginia recruits and this is a good example of that. Even if Brown and his staff are unable to get a commitment from Stewart, they are starting to build a presence in the Midwest and were at least a player in the recruitment of a guy that both Michigan State and Michigan have been locked in on.

Stay tuned as we will have an update as soon as Stewart makes his announcement.