WVU Quarterback Will Grier is ‘Ready to Go’ For Opener 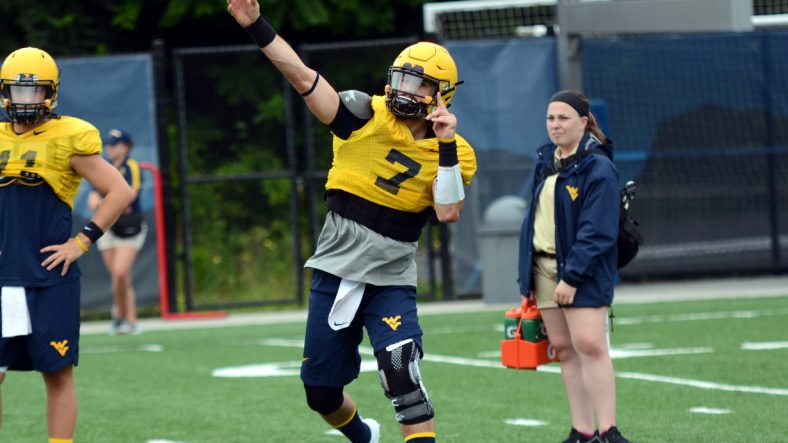 On Tuesday afternoon West Virginia Head Coach Dana Holgorsen met with the media for his usual Q&A for the upcoming game. This game also happens to be the debut of WVU quarterback Will Grier as a Mountaineer.

“He’s ready to go,” said Holgorsen. “A lot of talk about him and how he finally gets to play football again. It’s been a year and a half. Almost two years, where he hasn’t played. He likes to play the game, likes to practice, likes to prepare, likes to get out there and compete.”

Since leaving Florida two seasons ago, Grier has had to sit out because of a suspension and transfer rules. It’s been clear since Grier arrived on campus that he is program’s new leader. During spring practice he has solidified this. Despite all of this, it will still be Grier’s first real experience as a Mountaineer.

This season WVU has a new offensive coordinator in Jake Spavital. When you combine that with a new quarterback, that can lead to some uncertainty. Despite this, Holgorsen definitely believes in Grier’s ability.

“I think there are some question marks anytime you have a new quarterback and when you switch coordinators,” Holgorsen said. “There’s always a level of uncertainty going into Game One. Probably more so this year than other years for us.”

There’s no easing your way in for WVU quarterback Will Grier. He goes right into the fire against 21st ranked Virginia Tech at FedEx Field Sunday night at 7:30 p.m.