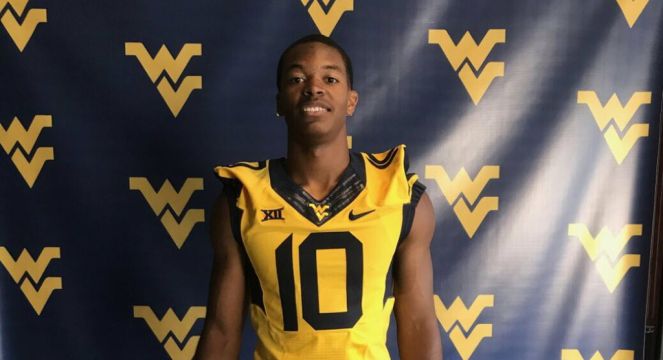 West Virginia Head Coach Dana Holgorsen spoke with the media on Wednesday morning. After this, offensive coordinator Jake Spavital took some questions. He talked about other programs making a run at West Virginia commits. He mentioned that a WVU QB commit was approached by four SEC schools in the last 72 hours and stayed true to being a Mountaineer.

“Same thing with (quarterback commit) Trey Lowe,” Spatival said. “He had four SEC schools reaching out to him in the last 72 hours.”

Lowe received offers from North Carolina and Illinois among others. He committed to the Mountaineers back in July over those offers. Lowe did not call out the names of any of the schools who targeted him, “I’m just focused on West Virginia,” but he said their style of approaching him was not appealing at all.

Lowe officially signed to join the West Virginia University program as of 10:22 a.m. EST. Additionally, Lowe is going to enroll next month and gets to spend the entire spring with the Mountaineers. According to 247Sports, Lowe is ranked as a three-star recruit and is the No. 23 dual-threat quarterback.

Welcome to the Mountaineer family, Trey!