WVU Puts the Clamp Down on Mizzou in Second Half, Blows out Missouri 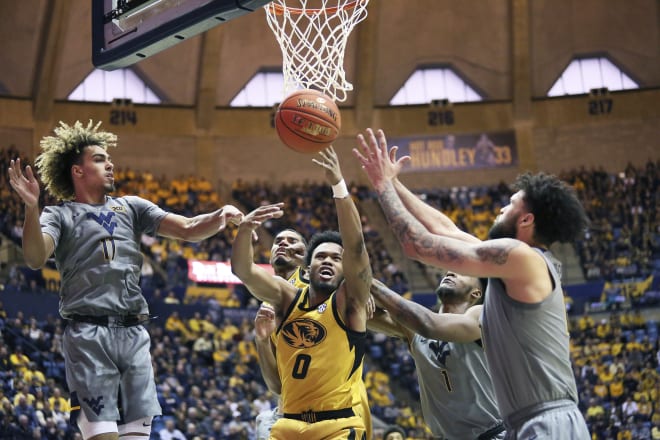 The Mountaineers got off to a fast start, building a 20-6 lead against Missouri. The Tigers responded and rallied, narrowing the gap to one point with the Mountaineers leading 24-23 at the half. Mizzou actually had a chance to take the lead before that half, but Mark Smith missed an open three-pointer just before the half.

In the second half the Mountaineers defense tightened up and they were able to make their lead keep growing and eventually blow out Missouri. A Mitchell Smith layup brought the Tigers within a point at 26-25. From there, WVU went on a 21-0 run over the next six minutes, expanding the lead to 47-25.

Jermaine Haley and Deuce McBride led the Mountaineers in scoring with 15 points each. Oscar Tshiebwe had 14 points and eight rebounds. Derek Culver scored only four points but contributed 11 rebounds and two blocked shots.

Despite only scoring two points, Gabe Osobuoihen had a big impact on the game. He had 12 rebounds, two assists, two steals and a block. As usual, he had his hands in the passing lanes and sacrificed his body to draw a charge.

It’s always a happy ending when Bob Huggins inserts the human victory cigar, Spencer Macke. He was able to score another basket, banking in a three-pointer near the end.

Bob Huggins tied Adolph Rupp for No. 7 all-time in wins.

Up next for WVU is a trip to Lubbock to take on the Texas Tech Red Raiders. Tip-off is set for Wednesday night at 9 p.m. and the game will be broadcasted by ESPN. The Red Raiders will be looking for revenge after losing in Morgantown by a score of 66-54 on January 11.