WVU Pitcher Alek Manoah Selected in the First Round 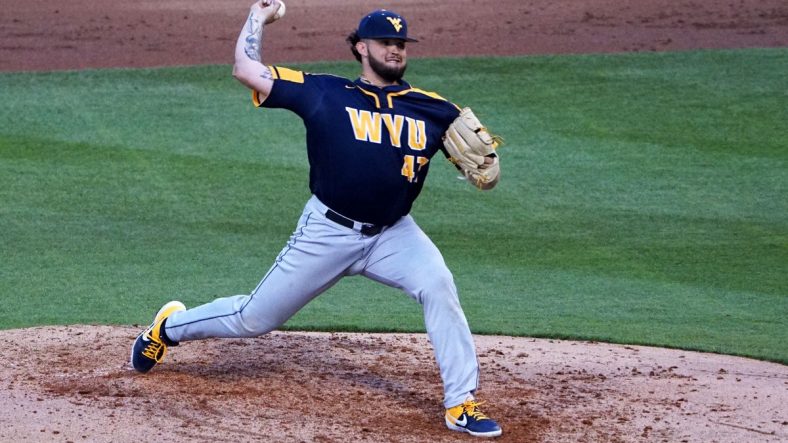 It was a foregone conclusion that Mountaineer ace Alek Manoah was going to be selected in the first round. It was simply a matter of where he’s going.

With the 11th pick pick of the 2019 MLB Draft, the Toronto Blue Jays selected Alek Manoah of West Virginia University.

With the 11th pick of the 2019 #MLBDraft, the @BlueJays select @WVUBaseball RHP Alek Manoah: https://t.co/OHooNdL3XW pic.twitter.com/xmyW1fAH1Q

Hopefully in a couple years we can see Manoah pitching for the Blue Jays in the American League East and taking on the likes of Aaron Judge and Mookie Betts.

Alek Manoah is heading to the Toronto @BlueJays with the No. 11 overall selection in the MLB Draft! ? That ties Chris Enochs for the highest pick in WVU history! Congrats, Alek! ?? pic.twitter.com/VxTlU7wroO

Good luck Alek. You had an incredible career at WVU and Mountaineer fans will always be pulling for you. Once a Mountaineer, always a Mountaineer!