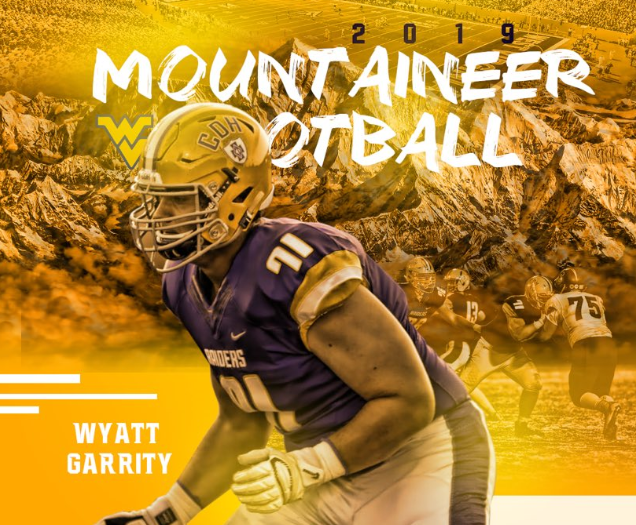 The journey is finally over. pic.twitter.com/2xvQmZXOMw

Tom Lemming has Garrity rated as a three-star offensive lineman.  According to Lemon’s reported, Garrity is aggressive and has quick feet with great body control.

In summer of 2018 Lemming referred to Garrity as one of the fastest rising offensive lineman prospects in the Midwest. Lemming reported he was dominant at the Rutgers camp.

One of the fastest rising OL prospects in the Midwest is Wyatt Garrity 6‘5“ 280 LT Cretin-Derham. Dominated at the recent Rutgers camp. pic.twitter.com/yhZrChVQVT

Congratulations on becoming a Mountaineer, Wyatt. We can’t wait to get you here.

Will Grier Signs His Rookie Contract with the Panthers
Could Quentin Williams be the Next Blue Chip Defensive Lineman to Commit to WVU?