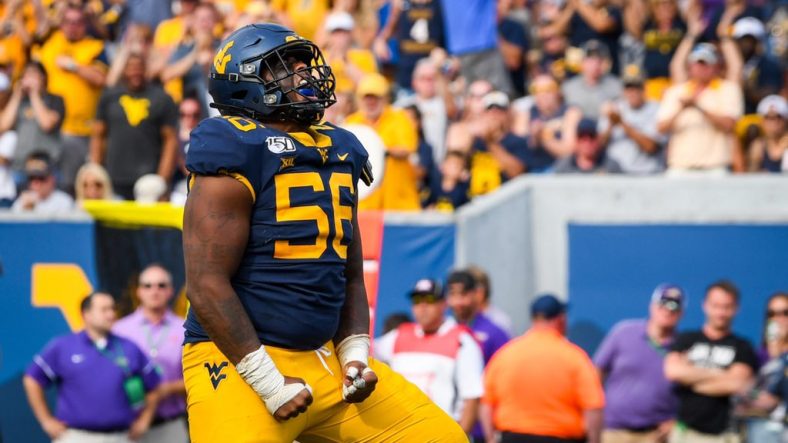 The first half was dismal for the Mountaineers as they were held to just 18 rushing yards and trailed James Madison by a score of 7-3.

Early in the second half, West Virginia was able to get their first touchdown of the Neal Brown era, when Austin Kendall connected with George Campbell for a 28-yard touchdown. Campbell’s first catch as a Mountaineer was a touchdown.

James Madison responded with a 13 play, 63 yard drive resulting in a 28-yard field goal, tying the game up at 10.

On the next drive for James Madison, Keith Washington grabbed an interception, setting up the Mountaineers with great field position once again.

? The defensive line forces pressure and Keith Washington II with the pick! pic.twitter.com/jm3brNvlof

On the third play of the ensuing drive, Austin Kendall hooked up with Tevin Bush for a 22-yard touchdown pass, giving West Virginia their biggest lead of the game at 20-10.

West Virginia got the ball back with hopes of running out the clock, but only ran out 25 seconds, giving James Madison the ball with 4:08 to go on their own 20 yard line.

The West Virginia pass rush, which came up big all day, made its presence felt again when Darius Stills sacked the James Madison quarterback Ben DiNucci on second down. The Dukes then strangely punted it away with no timeouts and under three minutes to go. Darius and Dante Stills wreaked havoc all game long for the Mountaineer defense.

West Virginia was unable to run out the clock and they elected for a pass play instead of running the ball on third down. With the incomplete pass, James Madison got the ball back with :58 to go.

The Mountaineers were able to close the game out with their pass rush, with an offensive holding along with a sack causing the clock to run out.