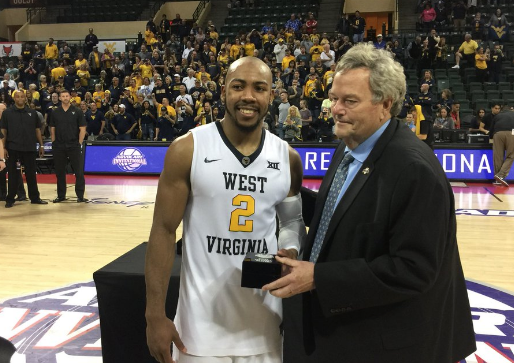 Jevon Carter scored 29 points including a massive three in the final minute as WVU overcomes a 16-point second half deficit to beat Missouri 83-79. The win gave West Virginia the championship in the Advocare Invitational.

Carter was named the MVP of the Advocare Invitational. Daxter Miles Jr. was named to the all-tournament team.

West Virginia will be back in action Thursday night when they host NJIT.