WVU Opens As Favorite Against No. 14 Iowa State 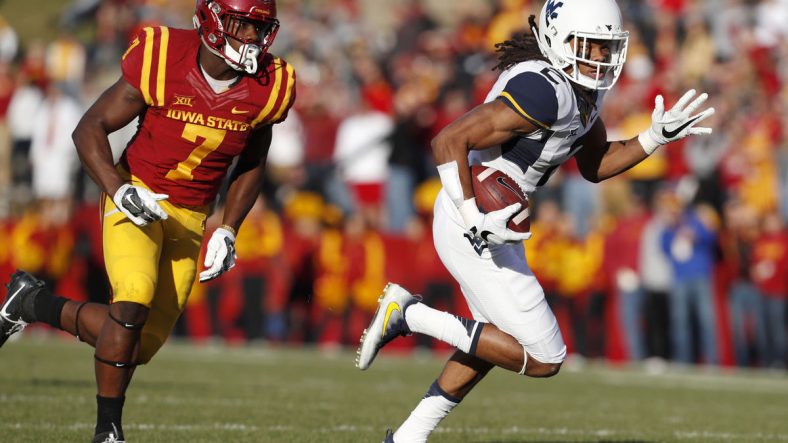 Coming off of their third loss of the season, WVU opens as 3.5 point favorite over No. 14 Iowa State. Meanwhile, Iowa State just upset their second top five team of the year. Regardless, according to Vegas Insiders, the Mountaineers open up as 3.5 point home favorites.

Kenny Hill led TCU into the red zone twice with a change to tie up the game with the Cyclones but turnovers ended both drives. TCU had risen from being completely unranked all the way up to number 4, until they suffered their first loss at the hands of the upstart Iowa State Cyclones.

Frogs O’ War, who (perhaps trolling) referred the the Mountaineers as being from Western Virginia, is now blaming the refs for the Horned Frogs loss. TCU was called for 11 penalties in the game.

If WVU is able to pull of a win in Morgantown over the Cyclones the conference will be flipped upside down. If Iowa State pulls off a win they will be well on their way to getting to the Big 12 title game.

Bedlam goes down this weekend as well. Whoever wins the contest between Oklahoma and Oklahoma State will have a great shot at the Big 12 title game. The team that suffers a second loss is going to have a hard time recovering and getting to the title game.

The West Virginia – Iowa State matchup will be televised on ESPN2 pic.twitter.com/Nw4Ulxwspy

Kickoff is set to for 3:30 EST and the game will be televised on ESPN. On the season WVU is 5-3, but their record against the spread is 3-5.