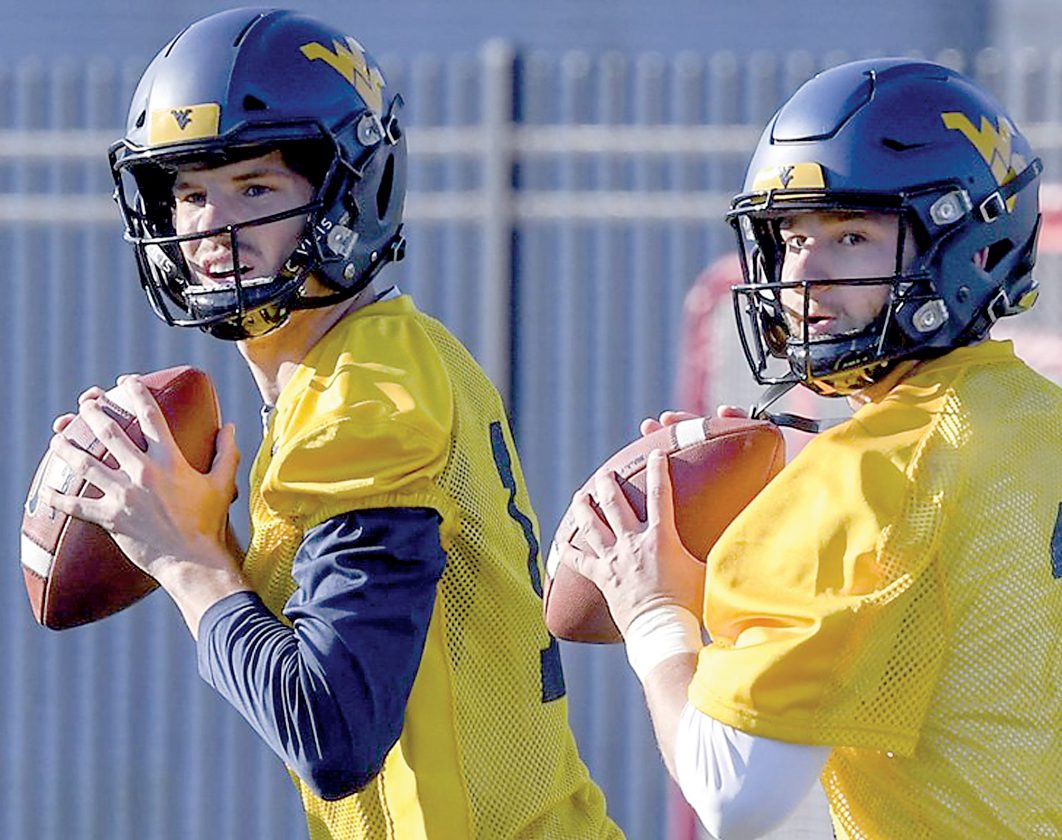 WVU Officially Has a Quarterback Controversy

Neal Brown doesn’t want to admit it, but this is a quarterback controversy and he has a huge decision to make.

WVU Officially Has a Quarterback Controversy

I don’t often admit that I’m wrong.  It’s one of my (few, many?) character flaws.  Back in March, I wrote an article subtitled, “Mountaineer Sports Proudly Endorses Austin Kendall as the Starting Quarterback for the 2019-2020 WVU Football Season.”

It turns out that endorsement might have been a bit premature.  Kendall, the 4 star quarterback from Oklahoma, who was extremely gifted and was treated poorly in his final days in Norman by Sooners’ Head Coach Lincoln Riley, who sat behind two Heisman Trophy winners, who was specifically brought to Morgantown by new Head Coach Neal Brown to finally get his chance to start, seemed like the natural choice at the time.

Fast forward to the Gold-Blue Spring Game on Saturday, April 13th.  Kendall finished 5-8 for 109 yards yards.  39 of those yards came on a horrific, under thrown pass (and even worse coverage) to Sam Jones down the sideline in the 1st quarter.  60 of the yards came on a blown coverage by the Blue team defense as TJ Simmons broke free and .  Otherwise, Kendall looked very average.  Coach Neal Brown’s thoughts on Kendall following the game:  “Kendall did some really good things throwing the ball down the field.  He’s got to get the ball out of his hand faster. I think that’s the biggest thing for him. It’s been a long time since he’s played.”  To be fair, this was only one scrimmage game and he hasn’t played in a long time, but he looked extremely rusty and unimpressive.

Jack Allison, the returning Junior quarterback, looked even worse.  He finished 11-24 with 112 yards passing.  There’s nothing that he’s done as a Mountaineer that suggests that he should be considered as the starter.  His first start last year in the Camping World Bowl Game produced very average results.  He finished 17-35 with 277 yards and an interception in a 34-18 loss to Syracuse.

Enter Trey Lowe.  There have been recent internet rumblings of him possibly looking to enter the transfer portal, but nothing close to official has been released.  This, of course, would be a real shame, as he is likely the most athletic, talented quarterback of the three.  His athleticism would not only lead to creative playmaking opportunities when the pocket breaks down and he’s forced to run but it would also allow Brown’s “Air Raid” offense to expand into zone reads and option possibilities, which he experimented with with less talented, athletic quarterbacks while at Troy.  With four outstanding running backs on the team this year, an evolution into a more traditional running game with a dual threat quarterback makes a ton of sense.

To complicate matters further, Neal Brown has said that walk-on Freshman Trent Jackson has thrown the ball better at times than Kendall, Allison and Lowe.  In addition, reports have surfaced that Bowling Green transfer quarterback  Jarret Doege could be an intriguing player that Brown has certainly contacted:

Is Another Transfer Quarterback Eyeing WVU?

Neal Brown doesn’t want to admit it, but this is a quarterback controversy and he has a huge decision to make.  Realistically, not picking Kendall as the starter looks bad for Brown and could hurt future transfers from considering WVU.  Allison is a 4 star transfer from Miami and was very highly touted out of high school.  Relegating him to 3rd string behind Kendall and a Redshirt Freshman is an extremely difficult choice to make.

However, this will be a rebuilding year and Neal Brown should go with the player that will be here for 4 more full years, who is the most gifted athletically and who gives WVU the best chance of winning immediately, and that is Trey Lowe.  Lowe would likely struggle this year, but so would Kendall and Allison.  Lowe would get a whole season of learning the offense and adjusting to the speed of the college game.  He would have moments of brilliance and he would also have an abundance of mistakes and poor decisions, but he would learn and grow and give the Mountaineers the best chance of winning now and in the future three seasons.