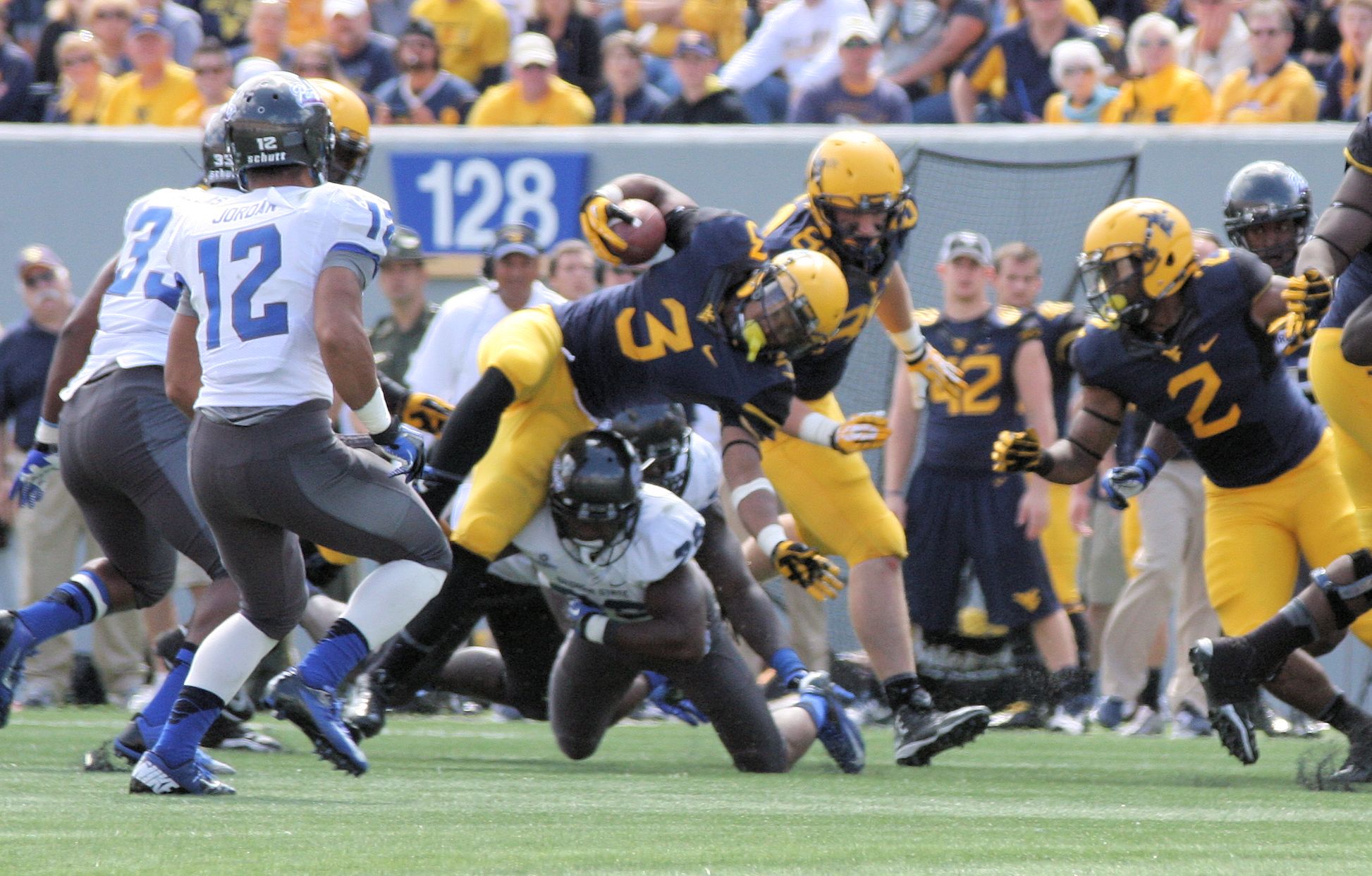 It looks like we’ve decided on our QB at least. Now just to get the rest of the O to gel.
Check it out:

West Virginia finally had something resembling an offense in Saturday’s 41-7 win over Georgia State.

Granted, the Panthers are bad. Not bad. Bad.

But after scoring just seven points in a loss to Oklahoma in Week 2, prompting head coach Dana Holgorsen to shake up some things offensively, the Mountaineers came out and ultimately did what they were supposed to against an inferior opponent (and what they should have done in Week 1 against William & Mary).

The score and the 604 yards WVU put up are a bit deceiving. This was a 20-7 game heading into the fourth quarter, and there were a few drives where the Mountaineers moved the ball well enough, but failed to come away with points. Twenty one fourth-quarter points is what put this game away for good.