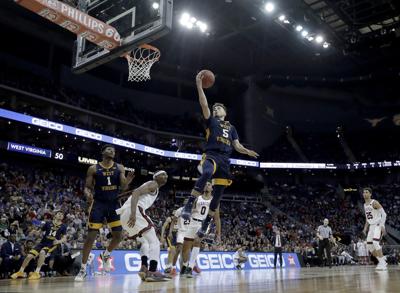 Earlier this week, Athletic Director Shane Lyons announced the 2019-2020 WVU non-conference men’s basketball schedule. Let’s take a look at the road and neutral court games and see which ones are worth making a trip to check out.

The first road game is at Pitt. If you’ve never made a trip to “The Pete” it’s definitely worth a look. Especially now that they are not a very good team and it’s very likely West Virginia can pick up a win. That said, Jeff Capel has the Panthers headed in the right direction and a road win in a rivalry game is never easy.

The Cancun Challenge actually has two games that will be played in Morgantown, against Northern Colorado on November 18 and Boston University on November 22.

Things really get fun when the Mountaineers travel to Rivera Maya, Mexico to face Northern Iowa and then follow that up with the final game the following day where they play either South Carolina or Wichita State.

So there’s potential for a showdown between WVU and Teddy Buckets in Rivera Maya. Sounds like a great opportunity to book a flight down there and stay at a nearby all-inclusive resort that includes a shuttle to the game. There will be many Mountaineer fans that do just that.

Though it’s not official yet, this game will most likely be at the Madison Square Garden. The game will be either on a Saturday or Sunday. It’s a great opportunity for a weekend trip to New York City to watch WVU take on their old Big East foes. This game is part of the Big 12-Big East Challenge.

St. John’s has turned the page on yet another era as Chris Mullin has been replaced at the head coach position by Mike Anderson. The young Mountaineers will have a great opportunity to pick up a win at “The Mecca.”

While this is technically not a road game, it is a game against Youngstown State that will be played in Youngstown, Ohio. Though it’s not the most exciting destination, there will be plenty of Ohio

#WVU-Ohio State tickets are now on sale for the matchup in Cleveland on Dec. 29 https://t.co/YuOEujUqkQ

Another game that is technically not a road game, but they will be playing Ohio State in Ohio, so Buckeye Nation will be out in full force.

This will definitely be a great chance for a weekend trip to Cleveland. The game will be a supercharged atmosphere due to the loyal fan bases both somewhat close to the game. Both teams will have their eye on that signature win against a Power 5 team on a neutral court.

There are some interesting road games this season. Whether Mountaineer fans want to hop on I-79 and watch the basketball version of the Backyard Brawl or take a vacation to Riviera Maya and catch some Mountaineer hoops, there are options for everyone.