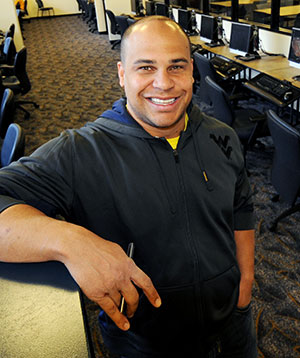 A young friend and mentor to West Virginia football has passed at the age of 40.
Read more here:

The West Virginia University Department of Intercollegiate Athletics mourns the death of Curtis Jones, Jr., who passed away suddenly this morning.

Jones, 40, was beginning his second year as associate athletic director for academic support at WVU, administering the operation of the student services division for the athletic department while directly overseeing academic support for Mountaineer football.

“The Mountaineer athletic family is overwhelmed with sorrow at the sudden passing of Curtis Jones. In his brief time with West Virginia University, he brought passion and professionalism to his position as the head of academic support for all of our WVU student-athletes,” said Director of Athletics Oliver Luck. “He was a beloved figure among the coaches, fellow administrators and student-athletes. He will be greatly missed. Our prayers and condolences are with his family, particularly with his wife, Mary Ellen Jones, a valued member of our Mountaineer family.”