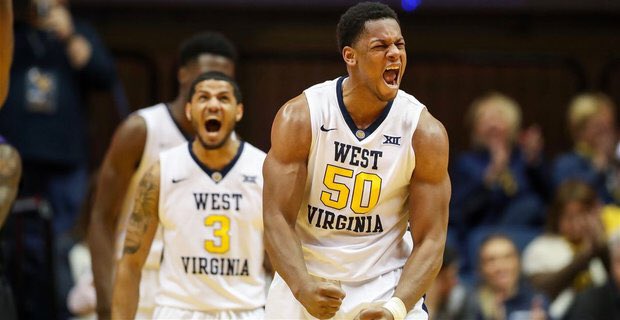 Last season Bob Huggins’ team went 26-11. The campaign ended in the Sweet 16 against eventual national champion Villanova. The Mountaineers have been ranked for 55 straight weeks. This is the third-longest such streak, trailing Kansas (180), Villanova (92) and North Carolina (80).

The West Virginia football team also happens to be ranked 13th in the AP Top 25. There are just seven schools that are ranked in both the current AP football and basketball polls. The others are Kentucky, Oregon, Michigan, Clemson, LSU and Washington.

#WVU is 1 of 7 schools to be ranked in both football and basketball (Clemson, LSU, Michigan, Kentucky, Washington & Oregon)

West Virginia and Kentucky are the ONLY two schools ranked in the top 15 of both polls. pic.twitter.com/Wpkt75Ow64

The Mountaineer open up the season Saturday November 3 in an exhibition against Penn State at the Coliseum. The first regular season game is Friday November 9 against Buffalo in the Coliseum.