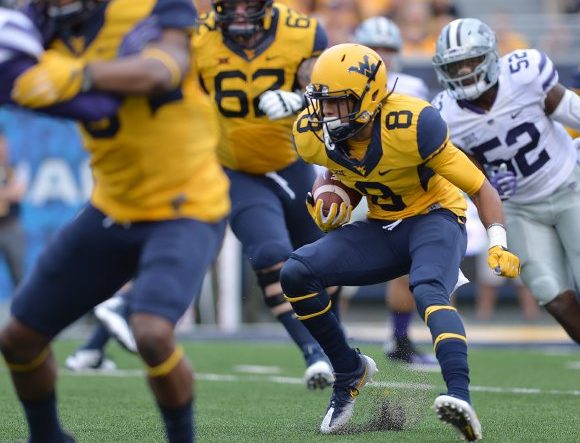 As reported by Chris Anderson of 247sports.com, there will be some changes to the Mountaineer depth chart going into week 3.

Marcus Simms has officially been named the primary punt returner, replacing Gary Jennings. Additional to that he has became the #1 kick returner, with Jenkings being pushed to #2 and Dravon Askew-Henry off the depth chart as kick returner.

Jaleel Fields has been replaced by Lamonte McDougle as backup nose tackle. This has been the case on the field all season, it is just now being made official on the depth chart.

Josh Sills has been elevated to starting right guard. Last game he already started at the position due to an injury to Grant Lingafelter. Isaiah Hardy is now listed as the backup.

There has been some movement with the backup receivers spots. Marcus Simms steps in for Reggie Roberson as the backup X receiver. Roberts shifts over to backup Y receiver, replacing Ricky Rogers. At the Z receiver Rogers is taking Druw Bowen’s place. Bowen is completely off the depth chart.