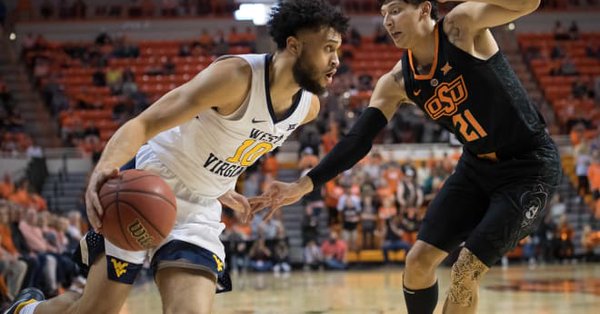 In the last game of the regular season, West Virginia loses to Oklahoma State by a final score of 85-77. The seasons ends with WVU without a road win and in last place of the Big 12.

Oklahoma State was lead by a balanced attack including five scorers in double figures, with the very easy to hate Lindy Waters leading the way with 19 points.

All five Mountaineer starters were in double figures. Jermaine Haley, Lamont West and Derek Culver led the way with 16 points each. Culver had 21 rebounds to go with this 16 points. Emmitt Matthews had 13 points and Jordan McCabe had 12.

One positive to take is West Virginia has developed a solid core of four players to take into the coming season. McCabe, Culver, Matthews Jr. and Haley have established themselves above the other players on the roster.

The Mountaineers finished the season with a (12-19) record to go along with (4-14) in the Big 12. West Virginia will need to win four straight games in the Big 12 Tournament to have any hopes of postseason play.

West Virginia will play Oklahoma in the first round of the Big 12 Tournament. The two teams split the season series. If West Virginia were to defeat Oklahoma, they would play either Kansas State or Texas Tech in the second round.

The Big 12 Tournament opens up on Wednesday at the Sprint Center in Kansas City, The opening game will be No. 8 TCU vs. No. 9 Oklahoma State at 6 p.m. on ESPNU. That game will be followed up by No. 7 Oklahoma vs. No. 10 West Virginia. Tip off is set for 8:30 p.m. but if you watch these tournaments every year, you realize these tip off times are very tentative.

If West Virginia were to win they would play Kansas State or Texas Tech Thursday night at 6 p.m.

Every game for the rest of the season is win or go home until next year.