WVU Loses Another Player in the Secondary 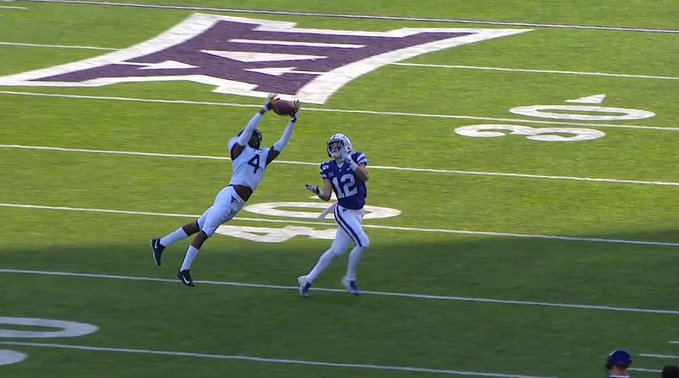 Senior safety Josh Norwood looks like he has played his last game in a Mountaineer uniform. WVU loses another player in the secondary as Norwood broke his collarbone while making a SportsCenter Top 10 interception in the win over Kansas State.

In the second quarter with the Mountaineers holding a 14 to 10 lead over the Wildcats, Norwood extended and made an incredible interception near the Kansas State 45-yard line.

Very sad to learn that Josh Norwood's #WVU career has came to an end when he made this #SCTop10 interception. He broke his collar bone on this play. Prayers for a strong, healthy, and quick recovery

Before the season even started Kenny Robinson announced his decision to enter the transfer portal. The junior All-Big 12 performer was expected to be one of the top returning players on the Mountaineer defense.

Robinson ended up not transferring to another school and was the No. 39 pick in the XFL Draft. He was chosen by the St. Louis BattleHawks.

Safety Derrek Pitts entered the transferred and decided to move closer to home and is now attending Marshall.

Despite the subtractions in the secondary, the Mountaineer defense put forth their best effort to date against Kansas State. A big part of that was interceptions by Norwood as well as fellow senior Hakeem Bailey.

Even with all of these players out, WVU still has a very talented secondary. Junoir Sean Mahone led the team with nine solo tackles including two for loss and a sack. Freshman Tykee Smith has been flying all over the field making plays. Fellow Freshman Kerry Martin Jr. has also stepped in and made valuable contributions. Despite battling injuries, Keith Washington Jr. has continued to make plays for the WVU defense.

Up next for the Mountaineers is a visit from the 7-3 Oklahoma State Cowboys. Mike Gundy’s team comes in hot, riding a three-game winning streak with their most recent being a 31-13 win over Kansas.

Oklahoma State quarterback Spencer Sanders has thrown 11 interceptions on the season. This young Mountaineer defense will definitely be looking to add to that total.