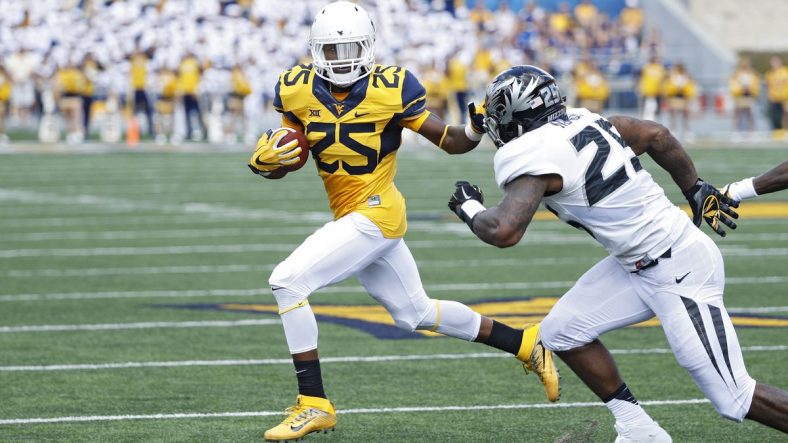 The game against Texas Tech was the first time this season when the Mountaineers were held under 100 yards rushing. As a result Dana Holgorsen addressed the issue heading into the Baylor game, per Charleston Gazette-Mail.

“It’s not any more important than at home, but it’s critical,” Holgorsen said to the Gazette-Mail. “We need to run the ball better. I mentioned that after the game and told the team that Sunday. We’ve addressed it and have worked hard on it. You have to have the mentality that we’re going to run the ball, which I didn’t see last week. I saw it in the fourth quarter. I think we’re capable of it.”

When you take a quick glance at the Mountaineers rushing statistics this season, it’s pretty clear that Dana Holgorsen has a point: West Virginia can run the ball.

The question lingers, can West Virginia run the ball against better competition? While they were able to pile up 221 yards rushing in a losing effort in the opener, most of the rushing yards have been piled up against inferior opponents.

When you look at the rushing yards against TCU, they were cut in half when compared to Kansas in nearly the same amount of carries.

On the road against Baylor it will be key for the Mountaineers to establish the running games. While the Bears are winless their recent games suggest they are a better team than their record suggests.

The Bears and Mountaineers take the field at 8 p.m. and will be televised on Fox Sports 1.