WVU Looking to Add Another Stud From Western PA 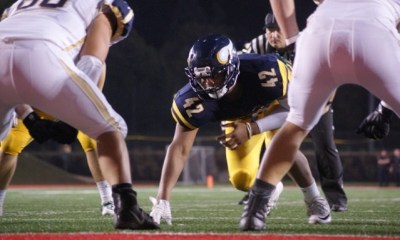 In recent years West Virginia has had some really good football players come out of Western Pennsylvania. Assistant coach Al Pogue has taken notice of this and has locked in on the area. He has his eye on a very talented defensive end in particular.

The 6-foot-5 defensive end is rated as a three-star recruit by Rivals and his ranked at the seventh best Pennsylvania prospect in the class of 2020.

247Sports has him as a 100% chance to go to UNC according to their Crystal Ball Predictions, but being a short drive up I-70 away, Mountaineer assistant Al Pogue is doing all he can to get this young man to Morgantown.

It’s interesting that the University of Pitt did not make Beatty’s top seven. It’s especially interesting because he was the first Power Five offer for Beatty. When asked about he said he didn’t want to discuss any of the schools that did  not make his top seven. He seems like a smart kid.

When asked by Pittsburgh Sports Now about whether or not he has a timeline for his decision, Beatty responded, “I’m taking an official visit to North Carolina on June 7 but besides that, I’m still working on my visits. I don’t know when I’m going to commit yet but probably in the summer if I had to guess.”

Hopefully West Virginia can land another big-time player from Central Catholic. Out of more than 40 offers, he has put West Virginia in the top seven, so Neal Brown and staff are still in this.