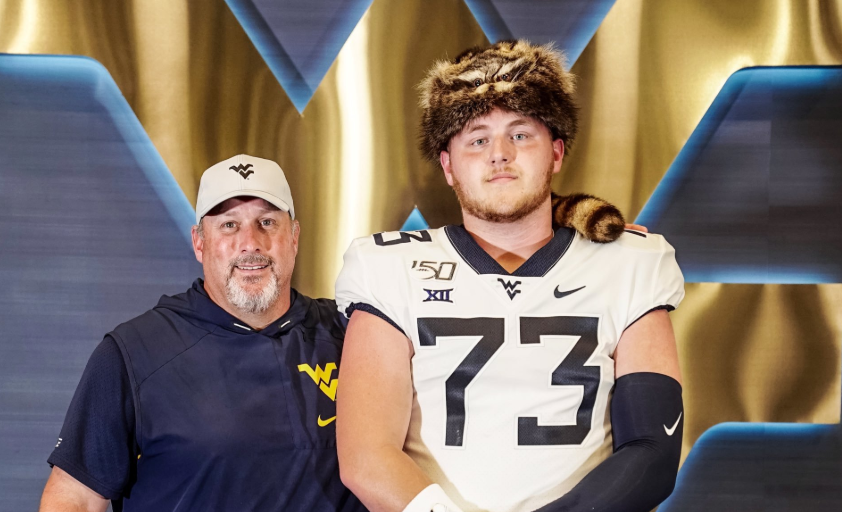 Gamble also held an offer from Florida State. The 6’6″ 310 pound offensive tackle attended Iowa Western Community College. He is the 44th ranked JUCO recruit in the country and the No. 6 JUCO offensive tackle.

The WVU commit took to Twitter to make his announcement:

It’s good to see that he emphasized his recruitment is now over and he is “100% COMMITTED TO WEST VIRGINIA UNIVERSITY.”

On Saturday WVU received a commitment from four-star offensive lineman Chris Mayo out of The Peddie School in Highstown, New Jersey. He had been expected to commit to WVU for a while and finally made it official.

Coach Neal Brown and his staff realize that a strong offensive line is a key component when it comes to building a team. It’s been an exciting week for the Mountaineer football program and it’s great to see the recruits pouring in.