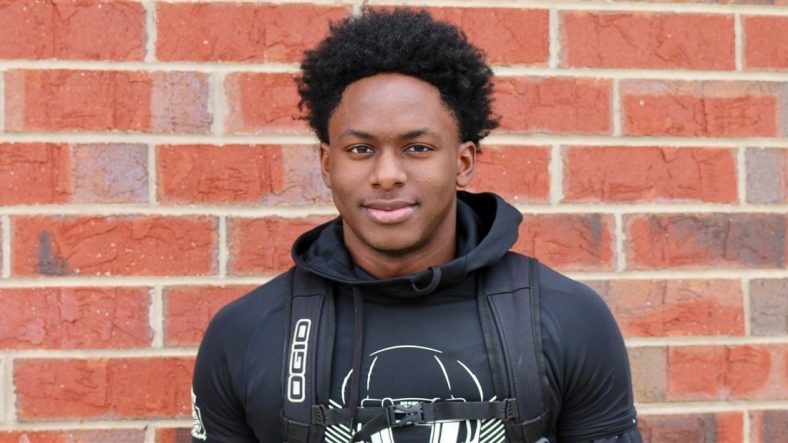 Taurus Simmons, the 6’3 210 pound outside linebacker from Savannah, Georgia, has just committed to the Mountaineers.  Simmons chose WVU over offers from Coastal Carolina, Colorado, FIU, Georgia Southern, Kansas State, Troy, USF, among many others.

Simmons is a 3 star prospect and has a 0.8333 rating from 247 Sports.  In addition, he is the 148th ranked player in Georgia in the 2020 class and ranked 1,432nd overall.  Simmons visited Morgantown on June 14th and clearly left impressed after being recruited by both Travis Trickett and Al Pogue.

According to his coach at Jenkins high, ““This is a great kid that became a vocal leader for us as the year went on,” Cameron said. “He definitely leads by example on the field and everybody at the school likes this kid whether it’s the principal or the custodial staff. For us he was that impact player that comes off the edge; he is just so long and athletic.”

Check back with Mountaineer Sports  for more information on Simmons and his commitment as it becomes available.