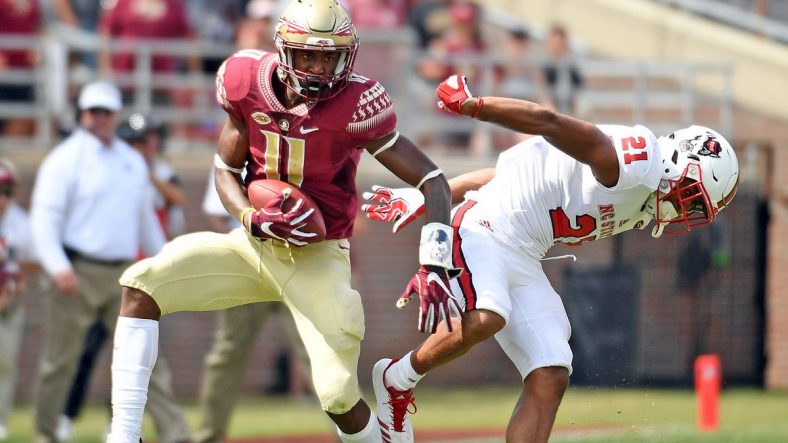 Campbell spent the past four seasons in Tallahassee. He was the No. 3 receiver prospect in the 2015 class, according to 247Sports.

His career at Florida State was plagued by injuries. Over the three years he had 13 catches for 206 yards.

It was announced back in February by Campbell that he would become a grad transfer. Initially his plans were to head to Penn State, but last month those plans changed.

West Virginia lost their top three receivers from last season. Gary Jennings Jr. and David Sills are off to the NFL and Marcus Simms has entered the transfer portal. This leaves Campbell a great opportunity to get on the field and make some big contributions for the WVU offense.

Welcome to the Mountaineer family, George!