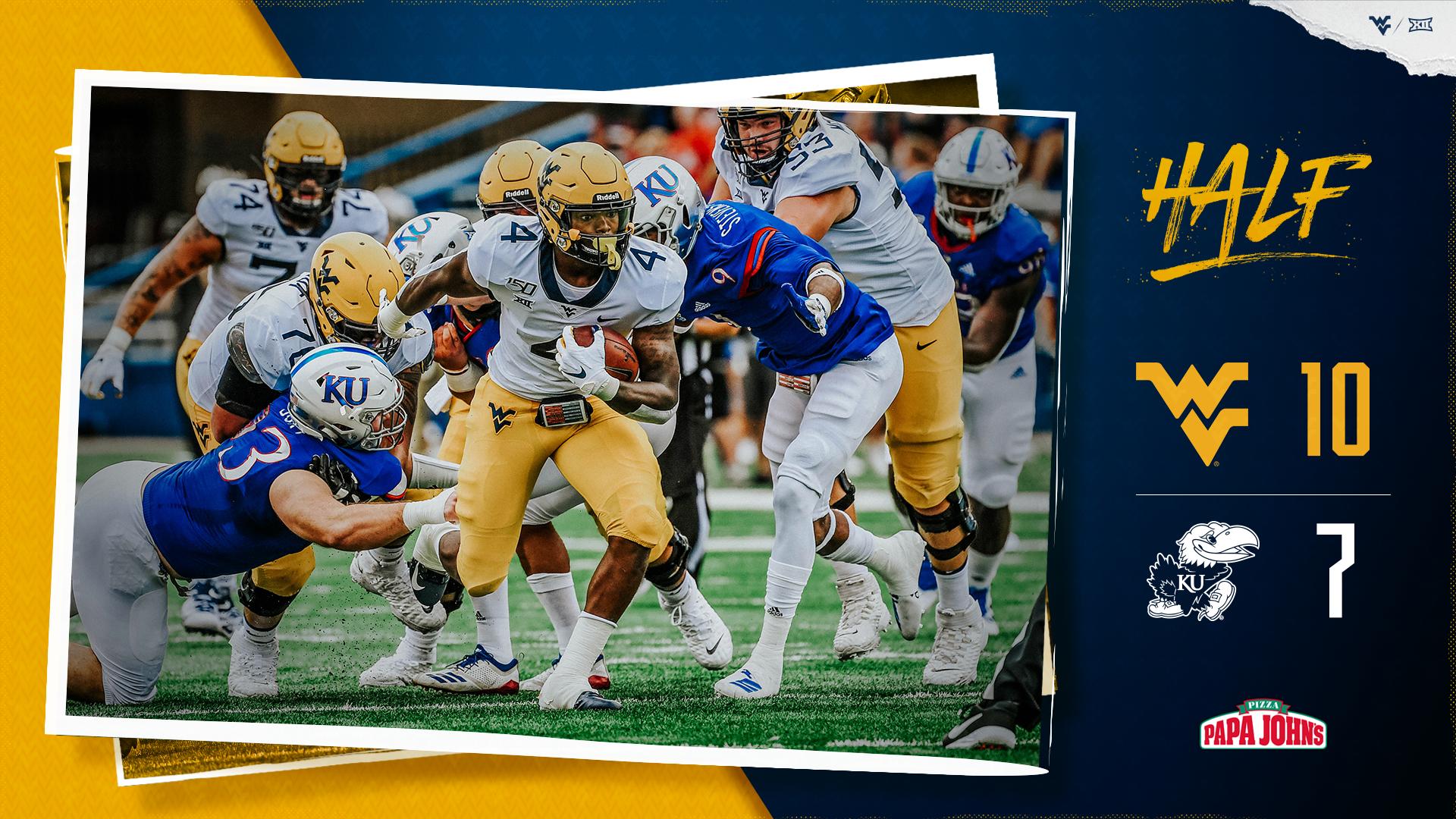 WVU should not only be up 3 points at halftime.  West Virginia’s offense has unfortunately gone back to the ultra-conservative play-calling that we saw in the first two games.

In addition, Austin Kendall does not look comfortable in the pocket.  It appears that he gives up on routes too quickly and is not handling pressure well at all.  On zone reads, he has to keep the ball occasionally (or once!) in order to keep the defense on its heels.

West Virginia’s defense, with the exception of one possession, has looked absolutely fantastic.  Kansas’ first half was filled with 3 and outs.  Dante Still has put pressure on the quarterback on virtually every passing play.

Another sack for Dante Stills. pic.twitter.com/4NlG38Pbbq

Although only up 3 points at the half, look for the Mountaineers to open it up offensively and pull away in the 2nd half!

WVU Without one of its Leaders for Kansas Game
West Virginia Beats Kansas 29-24!