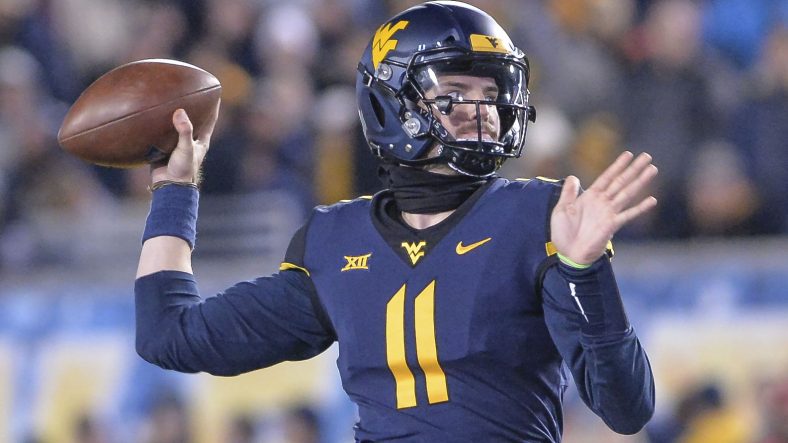 After one half of play the Mountaineers are tied up at 14. Let’s take a look at the first half highlights.

And by first half highlights we mean the Mountaineer highlights. No one wants to see any success from the Cyclones.

After being inserted in the starting lineup after the exit of JoVanni Stewart, Tykee Smith makes a huge play, hauling in the pick six and giving WVU a 7-0 lead.

With the second quarter running down Jack Allison led the Mountaineers on a 14 play, 76 yard drive ending with a nine yard touchdown pass to T.J. Simmons.

Allison is 10 of 12 for 107 yards and a touchdown. The offense has moved the ball much better since he entered the game for an injured Austin Kendall.  T.J. Simmons has three catches for 51 yards and a score.